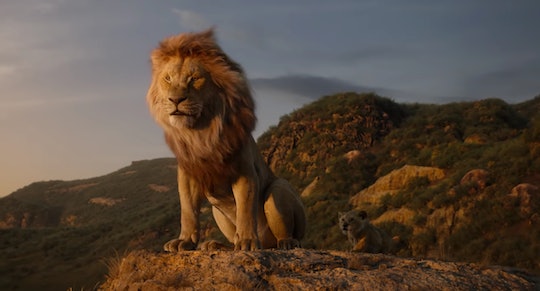 An effort to raise funds at an elementary school in Berkeley, California has ultimately ended up costing the school's Parent-Teacher Association (PTA) after a major movie licensing studio apparently caught wind of the event. The Emerson Elementary School PTA was reportedly hit with a $250 fine after the school PTA screened The Lion King at a fundraiser without the proper permit, allegedly violating copyright law.

"As I was dropping the kids off at the school this morning the PTA was freaking out over a letter they received from Disney’s licensing demanding money," Berkeley City Councilwoman Lori Droste, whose children attend Emerson, wrote last week on Twitter. According to Droste, who shared a screenshot of the letter on Twitter, a licensing agency contracted by Walt Disney and known as Movie Licensing USA, was demanding $250 from the school after learning children had watched The Lion King during a "Movie Night" fundraiser in November.

"We received an alert that your school had 'The Lion King' Movie Event on 11/15/19," the email shared on Twitter read. "Our records do not show that your school has a license with us or our parent company — Swank Motion Pictures — for this showing."

Movie Licensing USA went on to note in the email that "any time a movie is shown outside the home, legal permission is needed to show it, as it is considered a Public Performance." Screenings held outside a private home for entertainment purposes without the proper permit or license are considered to be a violation of copyright law punishable by a fine, according to Movie Licensing USA. Romper's request for additional comment from Disney and Movie Licensing USA on the matter was not immediately returned.

The Emerson's Dad Club reportedly screened The Lion King for children in the school's cafetorium back in November, according to an event flyer shared on Facebook. The event was meant to be a babysitting fundraiser aimed at raising money for PTA programs and giving parents a night without kids.

Droste later clarified on Twitter that the movie had been purchased by one of the dads organizing the event from Best Buy. Additionally, no one in the PTA was aware that they might be breaking any rules by showing it to the kids who showed up for the movie night. "We literally had no idea we were breaking any rules," PTA president David Rose told CNN.

Apparently, neither did school officials. A spokesperson for Berkeley Unified School District told Berkeleyside the school "was not aware they needed to obtain special permission to show the film." The school's principal is now working with both the PTA and the district office to resolve any and all issues surrounding the movie screening, Berkeleyside reported. According to the newspaper, the appropriate permit, known as a singe-use permit, would have cost the PTA $250 (hence the $250 fine from Movie Licensing USA). Alternatively, schools can buy an annual license for $536.

But to parents like Droste, who argued the un-permitted screening was an "honest mistake," there's a more complicated issue behind the fee. "Now I can imagine some of you may say there are legitimate concerns with copyright and PTA made a mistake," Droste tweeted. "Sure, I get that but coming after an elementary school? Really?? Disney wants $250 when we are struggling to pay our teachers and spending per pupil is laughable?"

In a follow-up tweet, Droste argued that California public schools like Emerson had been hit hard by the passage of Prop 13 in 1978. "After its passage, school spending per pupil dramatically dropped," Droste tweeted of Prop 13, which rolled back taxable property values on homes and businesses to their 1976 level and then severely limited any increases.

Prop 13's effect on California public schools has been widely reported in recent years. According to KPBS, public schools that once drew a reported 50% of their budget from money the state pulled in from property taxes now grapple with significantly smaller budgets due to the cap on property taxes.