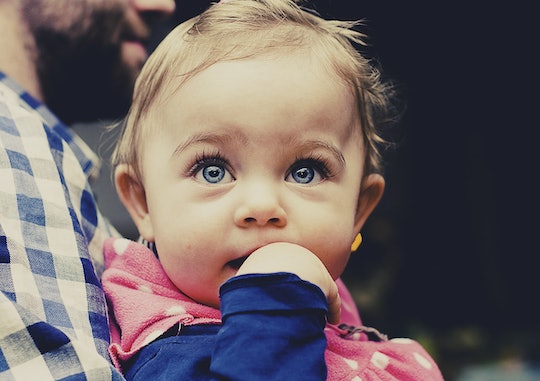 As a mother, I remember pretty well the "no" stage from both of my children. It seemed like as soon as they realized what 'no' meant, or even just how to say it, that's the only word they wanted to use. I always wondered if it was because I said it too much or if there was some other common, logical reason. Fortunately, science explains why baby keeps saying "no," and it's more interesting than you might think.

The technical name for your child's fascination with the word "no" is "toddler refusal," according to professor of developmental psychology Susanne Denham in an interview with Baby Center, "and the simple fact is that little ones say "no" because they can. Basically, they've figured out they have will and really want to use it — which is awesome for little ones because they're gaining their independence, but sometimes frustrating for parents.

In an interview with Parents, professor of child development and family studies Dr. Judith Myers-Walls shared that parents often begin to say "no" when kids are around 8 to 12 months old – in other words, when they catch their kids getting into trouble. Your child knows by the tone of your voice that "no" means something other than "I love you," but they won't thoroughly understand the actual meaning of the word just yet. Between the 12 and 24 month stage, however, is when communication and understanding will start to kick in, according to Myers-Walls. It's also often when you can expect the "no" phase to start.

For many parents, especially after understanding the science behind why kids say "no," the next step is figuring out how to combat the constant "no" instead of feeding into it or letting it tear you down. Luckily, there are a few approaches you can utilize to face it with a calm and collected method. The aforementioned Baby Center article suggested four different options to steer away from "no" and focus on getting a different response.

One of the best ways is to simply offer choices — or the appearance of choices. Instead of asking something like, "Do you want to wear this shirt today?" say "Do you want to wear the Moana shirt or the Frozen shirt today?" so answering "no" isn't a logical option. Additionally, you can confront your little one's use of the word "no" and offer more options. The aforementioned Baby Center article suggested asking questions like "What's the opposite of 'no?'" and "How can you answer instead of using that word?" Sometimes children simply stick to one word because that's what they know best.

Another way you can divert from you baby using the word "no" have to do with focusing on yourself. As a parent, find alternatives to using the word yourself and try to use it as little as possible. Once my children started saying "no" too often, I stopped using the word and would come up with different ways to address problems. I noticed as my usage of the word went down, my children often stopped saying it as much. Additionally, it's important to remember when there are just going to be times when using tricks or strategies just aren't an option. It's OK to "stand your ground" as the aforementioned Baby Center article puts it because there are going to be times when a choice isn't an option and safety or time is a concern.

If you're dealing with a seemingly never-ending "no" phase from your little one, keep in mind that it's not just you. There are scientific reasons and common ages where saying "no" becomes a new, powerful sense of self for your baby. Consider some of this advice to lessen the annoyance of the "no" phase and know that you're not alone.