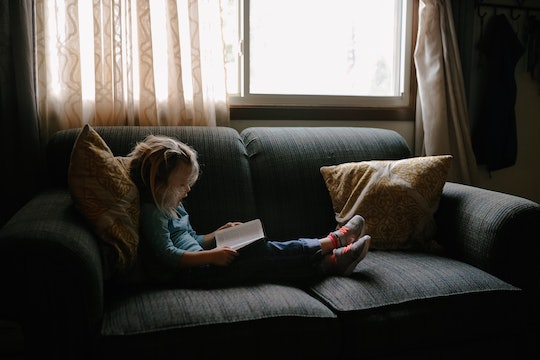 Science Says Being The Middle Child Is Actually The Best, Because Justice Is Sweet

Stereotypes amplified by TV and movies and conventional wisdom have long led us to believe that being the middle child is a bad gig. Middleborns are said to be resentful of their siblings and misunderstood by their parents. But — according to numerous scientific findings and bits of research — being born in between the oldest and youngest actually puts middle children at an advantage for a variety of reasons.

In fact, a long list of powerful and successful figures over the years were middle children themselves. For starters, some famous middle children include President Abraham Lincoln, Bill Gates, Martin Luther King Jr., and Kim Kardashian — all of whom grew up to be incredible successful and iconic. (Yes, President Donald Trump is a middle child, too).

And there's a reason for it: According to The Daily Mail, research has shown that because stereotypes surrounding middle children tend to lead people to believe that they are withdrawn and lack confidence, they're actually "more likely than their siblings to be successful and enjoy strong social lives and flourishing careers."

"The apparent disadvantages they endure in childhood turn out to be beneficial, in many cases giving them the attributes of empathy, independence, articulacy and creativity," Katrin Schumann, author of The Secret Power of Middle Children, wrote in The Daily Mail.

With these type of characteristics in their back pockets, middle children are more likely to feel they have freedom to think outside the box. And it's something that benefits them down the road as they grow up — but as especially as adults.

According to Psychology Today, because middle children are generally more independent than the eldest child or the baby of the family, they tend to "feel less pressure to conform, and are more empathetic," which gives them "great skills as employees and also makes them excellent team players and partners."

Patty Stonesifer — founding CEO of the Bill & Melinda Gates Foundation and the sixth of nine children — can offer personal testimony to these benefits about this birth order, as Business Insider reported in 2015.

In an interview with The New York Times, Stonesifer said being a middle child shaped her for success. She explained in 2015:

Being in the middle taught me to use my voice. I was a talkative child, I had a lot to say, and I knew how to get my points across at an early age because there were a lot of people with a lot to say at the table. Being right in the middle also teaches you that it's not about you. Some of my first memories were folding diapers for my younger siblings or taking somebody's hand to go to school. It was always about making sure that the whole came together.

Oldest children are said to be born leaders, while the youngest are said to be social butterflies. But being the middle child actually is the best in the long run. So while birth order can definitely shape your little one's personality and middle-born children might think they have it tough growing up, they're actually pretty lucky and the struggle will have been well worth it.