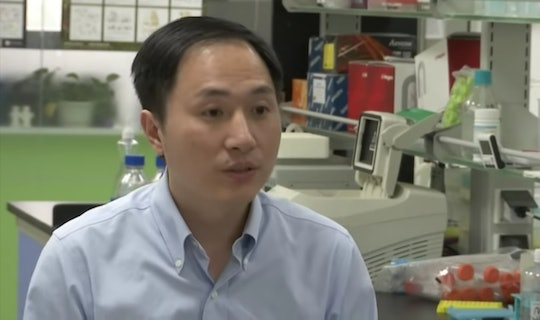 A Chinese court has sentenced the scientist who created the world's first gene-edited babies to three years in prison and a 3 million yuan (about $430,000 USD) fine. He Jiankui, who claimed to have used gene editing technology to genetically edit the embryo of twin girls in an apparent attempt to make them resistant to HIV, was found guilty of practicing medicine illegally and violating research regulations by falsifying ethical review documents. He was sentenced along with two medical researchers, both of whom received lesser sentences, for their roles in his work.

"The three accused did not have the proper certification to practice medicine, and in seeking fame and wealth, deliberately violated national regulations in scientific research and medical treatment," China's official Xinhua news agency quoted the court as having said in its verdict, Reuters reported. "They have crossed the bottom line of ethics in scientific research and medical ethics."

According to NPR, He stunned the scientific world when, in November 2018, he announced he'd used CRISPR technology to edit the genes of twin girls prior to their birth so as to protect them from contracting HIV. At the time, He told the Associated Press that his goal wasn't necessarily to cure disease but rather to give the babies the ability to resist future infection. "I feel a strong responsibility that it's not just to make a first, but also make it an example," He told the Associated Press last year. "Society will decide what to do next."

Reports from the Associated Press, HuffPost, and NPR show that many within the scientific world were immediately critical of what He had claimed to do. In fact, according to HuffPost, a number of researchers and scientists raised concerns over the potential side effects such genetic editing could pass to future generations.

Along with serving three years in prison, He has also reportedly been hit with a lifetime ban from pursuing work or research in human-assisted reproductive technology, according to CNN, which also reported that Zhang Renli and Qin Jinzhou, medical researchers who assisted He in his genetic editing, were also fined and sentenced to prison. Zhang received a 1 million yuan fine and two years in prison, while Qin was given a suspended prison sentence of one year and six months along with a 500,000 yuan fine, Xinhua reported, according to CNN. Both were also banned for life from working in human-assisted reproductive technology.

More Like This
New Report Shows 80% Of Pregnancy-Related Deaths Are Preventable
What Does Amniotic Fluid Smell Like? A Nurse Explains
Baby-Led Weaning: A Comprehensive Guide To Introducing Solids
Here's How To Keep Your C-Section Incision Dry