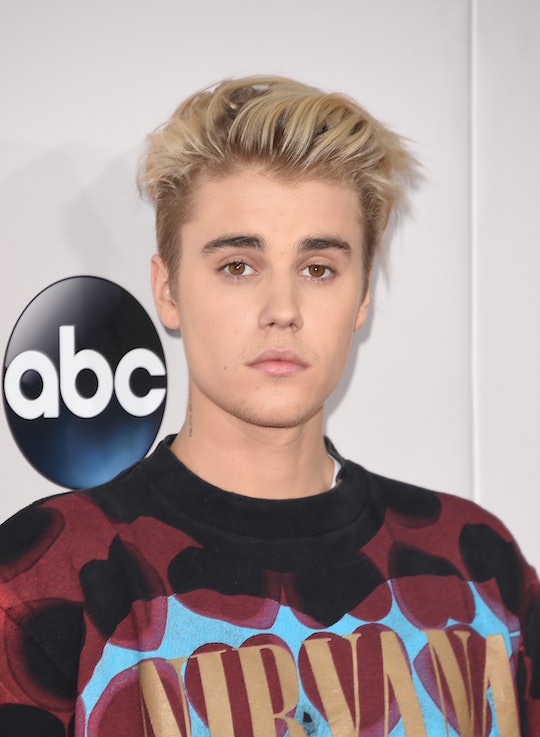 After a few scandal-plagued years, Justin Bieber bounced back in 2015 in a big way. And while you don’t need to be a Belieber to notice the resurgence in his popularity — it’s pretty obvious to anyone who ever uses social media, watches TV or listens to the radio — Bieber’s manager alleges that his fall from grace was much worse than anyone realized. In an interview with the New York Times last week, Scooter Braun said he feared for Bieber’s life in 2013, when the beleaguered star wanted to go on tour:

“As I started to see it going in the wrong direction, I started to prepare. I put deals in place where he was protected for the long run. And I started to prepare my company to scale, because I was not going to let him work. [After “Journals,” Mr. Bieber’s 2013 digital compilation,] he wanted to tour, and I honestly at that time felt, if he toured, he could die.”

(Romper reached out to Bieber’s camp for comment, but did not immediately hear back.)

But now, with his most recent album, Purpose, selling more than one million copies (only 1 of 3 albums to do so in 2015) after debuting at number one, according to Entertainment Weekly, it’s clear that Bieber has reestablished himself at the top of the charts. What most people don’t realize though, Braun tells the New York Times, is that the road to reinvention was long, and one that wouldn’t have worked if it weren’t for Bieber himself making the choice to commit:

“I know people have seen the marketing and the A&R and everything we put together, and they’re like, “Wow, great job!” But I want to be really clear: I was trying to do that job for a year and a half, and I failed every single day. It wasn’t until something happened that it clicked for him. He made the conscious decision as a young man: ‘I need to make a change in my own life.’”

While the return of Justin Bieber already seemed impressive — did anyone really see him bouncing back from his multiple arrests and puzzling, peeing-in-a-bucket antics? — hearing how far he had to come to get there makes it all the more laudable. But his comeback was impressive for other reasons too:

More Like This
What Exactly Are Minions, Anyway ?
Camilla Parker-Bowles Asked Kate Middleton To Take Her Birthday Photo For A Magazine Cover
Sarah Levy Reveals Birth Of Her Baby Boy & His Name Is A Sweet Tribute To Her Dad
Prince Charles Got All Mushy When He Met Lilibet For The First Time