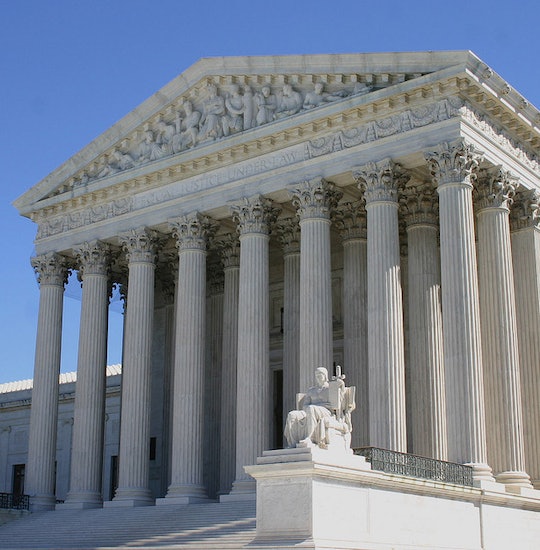 SCOTUS May Challenge Obamacare’s Birth Control Mandate Once More, & An Announcement Is Expected To Come Soon

Starting as early as Friday, the Supreme Court is expected to challenge Obamacare's birth control mandate by taking up one or more petitions from seven different religious non-profit organizations, court watchers say. The mandate, which was amended just last summer, allows women access to low-cost birth control, even in cases where their employer opposes on religious grounds. The new challenge could start a second battle over women's access to the Pill, threatening reproductive rights all over again.

According to USA Today, the justices are being asked to review the challenges to the appeals court decisions forcing non-profit groups to offer employees insurance covering contraception in compliance with the Affordable Care Act. Unlike churches and religious institutions, non-profits with religious objections are not excluded right off the bat from providing birth control. The appeals come from groups such as faith-based hospitals, colleges and charities in Colorado, Maryland, New Mexico, Oklahoma, Pennsylvania, Texas and Washington, D.C.

The new objection comes just 16 months after the ruling that private companies cannot be forced to pay for employees' contraceptives. Instead, religious non-profits, along with closely-held corporations like Hobby Lobby, are granted the accommodation to hand off free birth control coverage to insurers or third-party administrators if they oppose on religious grounds. However, they must do so by informing the government and insurer in writing, or by filling out a form — something religious non-profits say violates their beliefs by making them complicit. Currently, only houses of worship and other religious institutions whose primary purpose is to spread the faith, and some for-profit employers with religious objections are exempt from providing birth control for their employees.

More Like This
Michigan Right-Wing Group Wants To Erase LGBTQ+ Sex Ed
Meghan Trainor Shares Baby News After Dropping Hints On TikTok
13 Is "Too Early" For Kids To Be On Social Media, Surgeon General Cautions
Adam Levine & Behati Prinsloo Welcome Their Third Baby & This Is Where It Gets Real
What Parents Are Talking About — Delivered Straight To Your Inbox