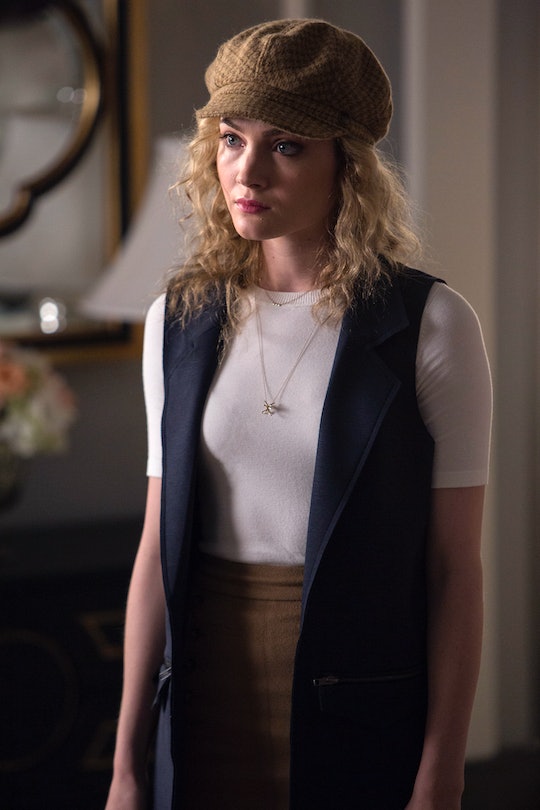 Season 2 of Scream Queens brought back most of the surviving cast members we know and well, sort of, love. But two key people have been conspicuously absent, namely Grace and her hot dad Wes. So where have they been? And will they come back? Scream Queens theories about Grace suggest she may still be a part of the story. After all, in a world this nutty, it would be highly unwise to rule literally anyone out, even if she hasn't been present for most of the action thus far.

In a series this wacky, it can be helpful to have at least one sane character for the audience to relate to. Season 1's semi-normal character was Grace. Season 2 it was left entirely up to Zayday to carry the torch of rationality, which means that it's highly possible that the absent Grace may be up to no good somewhere off-screen. Many people have even been speculating that she is the Green Meanie mastermind, in much the same way that Hester was in Season 1. After all, the two are technically half-sisters, so maybe there's a psychopathic gene running around in there, or maybe they've bonded over a mutual desire for mayhem.

Redditor AO98 points out that it was confirmed that Wes would be returning to the show, which was proven to be true in a preview for the mid-season finale, and theorizes that Grace and Wes are working together as part of the Green Meanie team. This Redditor also believes it was Grace who killed Chad, as Hester did say that the identity of the killer is shocking. It is perhaps a long shot but hey, this is Scream Queens, where nothing is really that long of a shot. Or maybe her dad is behind the killings this time and Grace will actually reappear to stop him. (Hey, I'm just trying to take a glass-is-half-full approach, even if it is unlikely.)

Before the premiere of Season 2, it was announced that the actor playing Grace, Skyler Samuels, would not be returning to the show for the following Season. Even if she's keeping busy with other projects, these certainly wouldn't preclude her from making a guest appearance. And if her TV dad is coming back, it could suggest that this one-time good girl won't be far behind. Nobody comes to the C.U.R.E Institute without some sort of agenda after all. Perhaps Wes and Grace are out to destroy Dean Munsch or get revenge on the Chanels or god knows what else. Only time will really tell.