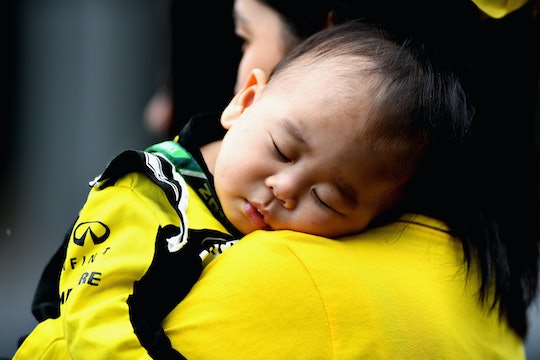 Parents have been having the bedtime argument over electronics for years, as it’s standard knowledge that the devices can negatively impact a child’s sleep. Or do they? New research has shown that screen time may not negatively impact kids’ sleep quality, and it could lead parents to rethink their bedtime rules.

The study comes from the Oxford Internet Institute at the University of Oxford, and was published in the journal Pediatrics. Data was pulled from the United States’ 2016 National Survey of Children’s Health, which included self-reporting by parents. Study author Andrew Przybylski, summarized the findings for EurekaAlert!, saying, “The findings suggest that the relationship between sleep and screen use in children is extremely modest. Every hour of screen time was related to three to eight fewer minutes of sleep a night.”

Previous studies have placed electronic use firmly in the center of the debate over children and sleep. The National Sleep Foundation advises turning off electronics before bedtime because “many children are not fulfilling basic sleep requirements and adequate sleep is essential for growth, learning, mood, creativity, and weight control.” Sleep.org puts the blame on blue light, which causes a boost in neural stimulation that comes from engaging with technology, and the chirps, beeps, and chimes that a device can produce that could wake someone up during the night.

According to EurekaAlert!, previous research has found that as many as 50 to 90 percent of kids don't get the nightly recommended amount of sleep that they need in order to be at their best the next day. And additional research indicated that electronics put the body into a fight-or-flight mode, according to Psychology Today, which could mean that even sleep isn’t giving us the healthful benefits it should.

Adults aren’t impervious to these effects, which is why it’s been thought to be as important for them to turn off electronics for their own benefit as well as to model good habits for kids. HuffPost reported that the act of responding to a text or email, or even surfing social media, can raise stress. That causes a release of the hormone cortisol, which is counterproductive to sleep.

But at least for children, this study suggests screens may not be as bad as everyone thought. “This suggests we need to look at other variables when it comes to children and their sleep,” said Przybylski. “While a relationships between screens and sleep is there, we need to look at research from the lens of what is practically significant. Because the effects of screens are so modest, it is possible that many studies with smaller sample sizes could be false positives.”

So should parents just hand kids their devices and let them do as they will? No. More research is needed before people will know whether those late-night browsing or gaming sessions aren’t harming anything at all. But for now perhaps everyone can relax just a little if they catch their little ones breaking the rules. At least when it comes to a bit of screen time before bed, it may not be as dire as everyone thought.