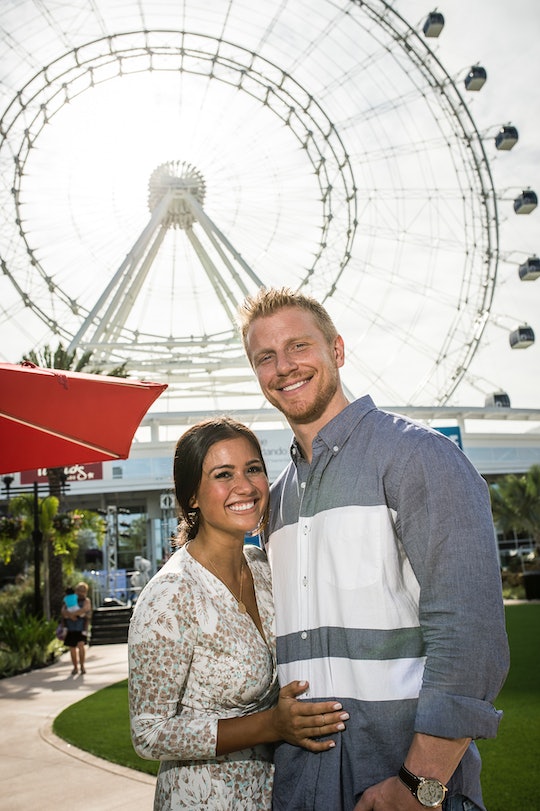 On Wednesday morning, Catherine took to Instagram, where she broke the news to her followers, saying they're officially becoming a "party of five." In an adorable family photo on Instagram, Catherine can be seen caressing her bump while her husband Sean and their two boys — 2-year-old Samuel and 1-year-old Isaiah — look so elated to be adding one more to their family. Really, everyone in the photo looks so happy, although Isaiah does look a little scared, and it's just so sweet to see.

Of course, Catherine didn't reveal many details about her pregnancy — such as the baby's sex, her due date, or any baby names they're considering — though fans are probably dying to know. In the post, Catherine simply shared the exciting news with the help of a few emoji.

And as you could expect, Bachelor nation is so excited for them. "Omg yes!!!!," one fan wrote.

"Sooooo happy for you!," another follower added.

"It makes zero sense how invested I am into y'all since I don't know you. But this seriously makes me so so so dang excited," another perfectly stated. "Congrats!"

They do have a point; fans have been pretty invested in their journey from day one — and they got to watch it all unfold on TV. People who tuned in to the The Bachelor Season 17 in January 2013, got to watch Sean wine, dine, and date women from all across the nation. Just three months later, Sean proposed to Catherine in a super tearful engagement that made members of Bachelor nation fall in love with the couple even more. And just a year after the premiere, the couple married on live TV in January 2014, according to Us Weekly, where fans got to watch them exchange their vows in front of their family, friends, and former cast members.

In 2016, they welcomed their first child together, and two years later, welcomed Isaiah into the world. So, this third pregnancy is so exciting for all of the obvious reasons.

But Catherine told People that she was so shocked when this pregnancy test came back positive, informing her that they'd be parents of three. "It was a complete surprise and I stared at the wall for a good 24 hours," she told the magazine. "I was just like, 'I just had one of these!'"

Although the couple had been open about wanting to try for a third baby (they're really hoping for a girl), Catherine told People that the news hit her hard. "It was a little overwhelming to think about but we wanted a big family," Catherine shared with the publication. "This is just the way it was supposed to happen. So we're excited."

They're not the only ones who are excited — their fans and followers can not wait to see their super adorable family grow by one more.