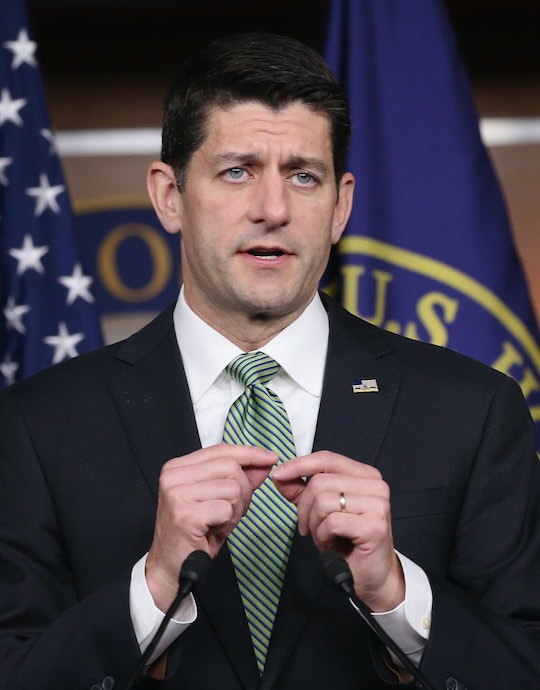 Senate Republicans Will Approve Zika Funding, But It's Still Not Enough

After months of lengthy deliberations, Senate Republicans said they would approve Zika funding per President Obama's request. But it's still not enough. Or it just barely is. On Wednesday, Senator Roy Blunt of Missouri, the chairman for spending committees, said that he would add $1.1 billion in emergency funding to pay for Zika virus research and crisis control. But that's a lot less than the $1.9 billion the Obama administration requested to combat the onslaught of the mosquitoes and dengue virus that the Centers for Disease Control says we should all be preparing for.

That Zika has become a serious enough threat to make it to the top levels of politics doesn't seem to stop politicians themselves from having issues with spending money. According to Bloomberg News, Zika funding is tied up with other battles that Congress is currently fighting. "I hope nobody would stop it," said Republican Sen. Johnny Isakson of Georgia, in a comment to the outlet. "Zika is a big potential threat and I don’t think a lot of people have focused on that yet. We need to be doing everything we can to be ready for it."

That sounds nice, but the Republican congressional members who are willing to open up the checkbooks to approve spending on Zika funding has a lot to do with their respective states. “The threat from the Zika virus is only increasing," White House press secretary Josh Earnest said in a statement on Wednesday. "The truth is, this is an emergency now, and Congress should treat it that way.”

That very same Congress has seemingly blocked much of what President Obama has asked for up until now. It's the same Congress that has made Zika funding a political move. Emergency means "emergency." After two cases of locally transmitted Zika virus were reported in Florida, even Republican Gov. Rick Scott said in a statement,

This is an emergency. We need to be dealing with it now. In Florida, we want funding as fast as we can get it.

Elected officials in states that are more likely to be prone to a Zika outbreak are slowly coming around. The approval of $1.1 billion instead of the calculated $1.9 billion that the Obama administration asked for seems like a sucker punch. It's not as if Zika is not a threat, and it's not like the federal government hasn't thought about how much to spend to prevent an outbreak or care for people who are infected. If Congress wants to play a numbers game, that's up to them.