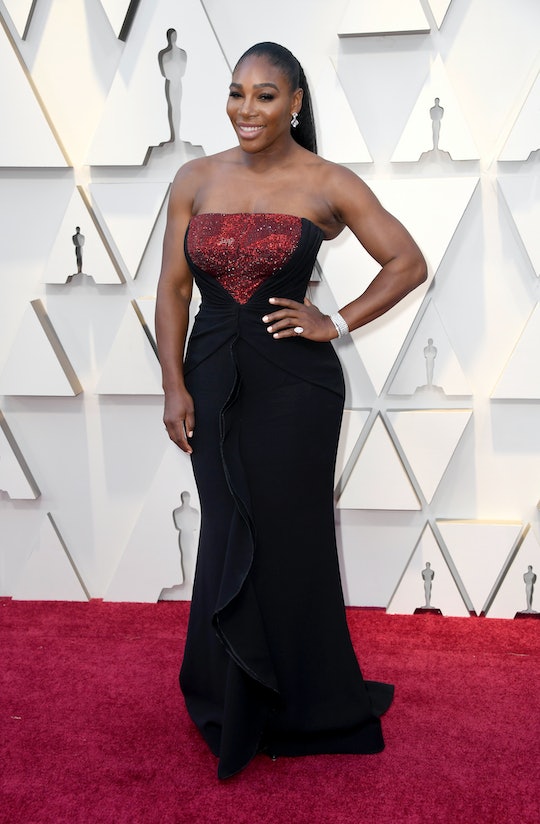 She's a world-record-breaking athletic star, but it turns out this tennis champ also has some serious "fun mom" chops. Like when she and her daughter strut their stuff in matching outfits. And Serena Williams and Olympia's matching pink ladies' outfits are peachy keen, jelly bean, just ask all of Williams' adoring Instagram followers.

And what a photo it was: Serena and Olympia are shown in a park together, sporting button-up shirts and hot pink poufy poodle skirts, with the cute canine printed on the front. The whole look was accessorized with pink chiffon scarves, white tennis shoes, black cinch belts, and a sun parasol for Olympia.

Captioning the social-media snap "Pink things" and crediting her partner for the camera work, Williams struck a chord with fans, who loved the coordinated moment. "Thee QUEEN and Thee PRINCESS," one fan wrote, while others called the moment "priceless," "too much cuteness," and "adorable."

And while I don't exactly know what inspired the gals to do their own mini-version of Grease, it's clear, as per InStyle, that this fun clan has twinned it up before.

Williams adorably put Olympia in a black tutu in a nod to her 2018 French Open black-tutu uniform — a cheeky response to the match's protest over her previous outfit, a medically-approved compression black catsuit, as Yahoo Style UK reported.

Things seem to be going pretty well for Williams as of late; as People reported, not only is Olympia an adorable 19 months old, but one of her BFFs, Meghan Markle (aka the Duchess of Sussex) is about the join the mom club, and that's sure to be really fun for the old chums.

(In fact, the magazine reported the tennis star's use of the pronoun "she" when asked by E! News about advice for mom friends in her circle, could mean that Prince Harry and Markle are expecting a girl. That's probably not enough of a clue for anyone to know for sure, however, since Williams herself is used to referring to a child as "she," given that she has a daughter and it could have been a genuine slip, in my opinion.)

I just love this couple; they always seem to be having fun and never take themselves seriously considering that they're, like, some of the biggest rock stars in their fields. And dressing up as a family (or dressing up their little one) just because is not completely unheard of for them, as you can see if you take a gander at Ohanian's Instagram account, including the time the fam dressed in Renaissance gear.

Williams, who has also launched her own size-inclusive clothing line, has been outspoken about the many roles women are expected to play in society. As Inc. magazine recently detailed, she has been criticized over the years for just about everything, from her strong playing style to her outfits, but this champ seems steadfast in her ability to not take it all so personally.

"You have to accept that people are going to have a say, whether it’s your body, or your face, or your hands. It could be your feet. Nothing is off limits," Williams told the Guardian newspaper in 2016 about being judged as a public figure.

"For every negative comment, there’s a million good comments," Williams added later on in the interview. "I always say, 'Not everyone’s going to like the way I look.' Everyone has different types. If we all liked the same thing, it would make the world a really boring place! What matters most is that I like myself."

The best part of this awesome outlook? Williams will teach her daughter to be kind to herself in a world full of harsh commentary. And with outfits this great, who cares what other people think, right?