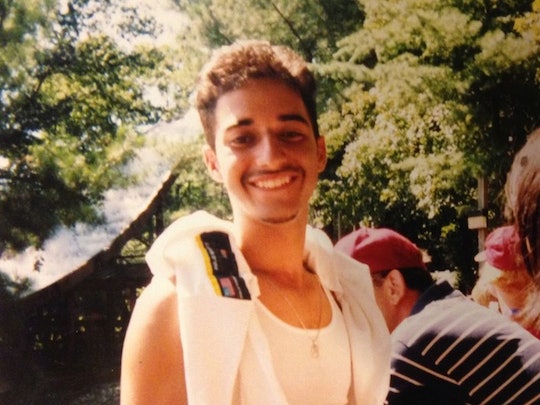 On Thursday morning, not only did Sarah Koenig and the Serial team release a new episode about Bowe Bergdahl's case, but they treated Serial fans to a little something extra: Serial covered Adnan Syed's new hearing in Baltimore, which began Wednesday. The producers of the podcast released a 15-minute blip where Sarah Koenig's voice took listeners back to the podcast that captivated millions of listeners around the world and won a Peabody Award for its look at the trial of Adnan Syed, who was convicted of life in prison for allegedly murdering his ex-girlfriend and fellow high school student, Hae Min Lee. Koenig goes to the first day of Syed's trial and then calls Dana Chivvis from the closet of her hotel room to give her an update.

The 15-minute update from Koenig is available on Serial's website, and, for true Serial season one fans (like me!), it makes this Thursday morning almost as great as a Friday morning. Fans can listen to the update here, on the Serial website. Seriously, four minutes in, you hear that familiar "This is a Global Tel-Link prepaid call from" and then, in Syed's voice, "Adnan Syed." Ahh!

At the start of the episode, Koenig immediately clarified that what's happening this week is not a new trial for Syed. Rather, it's a continuation of his post-conviction hearing, which is pretty much a "last-ditch effort" when someone convicted of a crime has exhausted their all of the appeals routes. Koenig said that Syed first filed this petition for a post-conviction hearing in 2010, which was way before she had become interested in the case. The court ruled against the petition and then he appealed it. That's when, Koenig said, "things started to get interesting."

Syed argued that his defense attorney during Syed's 1999 murder trial, Cristina Gutierrez, was incompetent and she made so many mistakes while representing him that his conviction should be overturned, according to the podcast. In his petition, Syed said that one of Gutierrez's biggest mistakes was not contacting Asia McClain, who was a potential alibi witness.

McClain appeared in the courtroom on the first day of Syed's post-conviction hearing on Wednesday, according to the Baltimore Sun. Reporter Justin Fenton said that McClain told a packed courtroom and Syed's new defense attorneys that the popular first season of Serial had convinced her that she needed to speak up, almost 15 years after Syed was convicted, according to the Sun:

In order for justice to be served, all information has to be out on the table.

Lee's family, who refused to participate in the podcast or give interviews for any of the followup articles, gave a statement to Deputy Maryland Attorney General Thiru Vignarajah, who said that Syed did receive adequate representation. The family told Vignarajah that people have forgotten who the true victim was — Lee, according to the Sun:

We believe justice was done when Adnan was convicted in 2000, and we look forward to bringing this chapter to an end so we can celebrate the memory of Hae instead of celebrating the man who killed her.

But, Koenig said that McClain's testimony isn't the only piece of evidence in Syed's favor. She also said that new evidence found that the crucial cell phone tower data, which put Syed near the place where Lee's body was found at the right time, was unreliable or false. In the short update, Koenig said the cell phone evidence wasn't touched on day one, but that she did hear McClain's testimony. She said she's unsure of what the prosecution will do with it, but she thinks they will say "if you had gotten on the stand back at Adnan's trial, this testimony wouldn't have worked very well — it wouldn't have changed the course of the trial, because here's all these ways I can poke holes in what you're saying in your testimony."

Fans will have to wait for the next update to hear what the prosecution's strategy became.