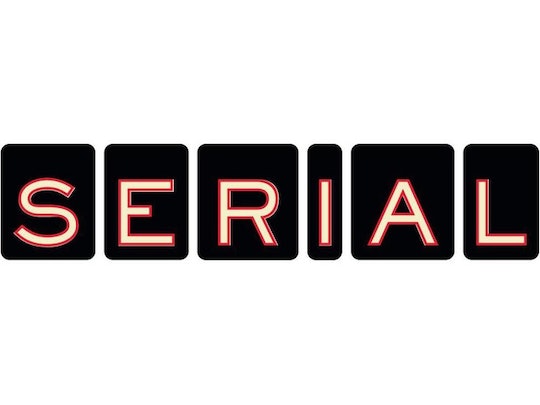 Season one of Serial, the true-crime podcast that examined the murder case of high-schooler Hae Min Lee more than 15 years after her death is back in the news. A judge ruled to reopen Adnan Syed's case for three days to look at new evidence and new testimonies. Serial's host and producer, Sarah Koenig, is attending the post-conviction hearings and updating fans on the latest developments. Serial's day two update on Adnan Syed's case focuses on the testimony of Syed's fellow classmate, Asia McClain, and the reliability of cell phone data.

Syed, the Baltimore man who was convicted for the alleged murder of his ex-girlfriend, Lee, was unable to prove during his first trial that he was not at the scene of the crime. Serial complicated that ruling when Koenig interviewed McClain, whose memory of that fateful day provided Syed with an alibi. Part of the reason for this post-conviction hearing will be to take that alibi testimony into account. These hearings are the first time McClain has taken the stand to tell her side of the story.

Koenig reported in her update (which serious Serial season one fans can find here) that McClain's testimony was strongly attacked by the prosecution "in a bunch of ways." The first was the issue of snow. When Koenig interviewed McClain for the podcast, she said she remembered January 13, 1999, the day Lee went missing, very specifically because of the snow. She claimed that it was the first snow of the year. The prosecutor for the state asked McClain, according to Koenig, are you sure you have the right day? "Because there was no snow that day, was there?" repeated Koenig.

Koenig recalled that during the recording of Serial, they wondered about this part of her testimony as well because they looked up the weather. There had been an ice storm in Baltimore, but no snow. Koenig reported that despite being grilled by the prosecution over the specifics of the weather, McClain remained very collected and very confident in her memory. McClain maintained that whether or not there was snow, the weather was bad, and school, she remembers very clearly, was cancelled.

One moment in particular gave Koenig pause. After Syed was arrested, McClain wrote him two letters, one handwritten and one typed, saying that she saw him in the library that day, and she was willing to speak up about it. The prosecution pressed her about the typed letter. It was dated on every page, March 2, but that date was under scrutiny. The prosecutors said that McClain made reference to things in the letter that she could not have known on that date. Syed's lawyer refuted that well by showing the court Baltimore Sun stories written prior to that letter that mentioned those same details from the case.

The real shock of this line of questioning, however, concerned the contact between Syed and McClain. McClain refuted, repeatedly, that Syed contacted her from prison. But, notes from an interview with another of Syed's friends said that Syed reached out to a girl after his arrest and asked her to type up a letter. If that girl was McClain, she is not telling the truth about not being in contact with Syed directly after his arrest. The prosecution hypothesized that perhaps this typed letter being presented as evidence was not only engineered by Syed, but was written weeks later than it was dated.

With this new information, Koenig began to see McClain in a different light. Perhaps, said Koenig, she isn't a person doing the right thing, but rather a pawn, or even someone in cahoots with Syed. While the detective's notes are very cryptic, there is a line that Koenig cannot get past: "he wrote a letter to a girl to type up." The prosecution's point was to throw suspicion on McClain's story and show it is useless as new evidence. Koenig admitted that the state managed to prove that McClain is not such an ironclad alibi after all.

The main event of the day was the reexamination of the cellphone data evidence. An AT&T cell tower expert testified at Syed's original trial, but, at this trial, an expert said incoming calls are not reliable for location status. That's important because the two phone calls that placed Syed at the scene of the crime were incoming calls. Only recently did the man who gave that testimony sign an affadivit that said he did not know about that disclaimer. He admitted that he is not sure, now, about his testimony. That man did not speak during day two of the hearing, but the defense team brought in another expert who said that the disclaimer is very important. On Saturday, the defense and prosecution teams will continue to examine the cell phone data, which was a major piece of evidence against Syed during his original trial.