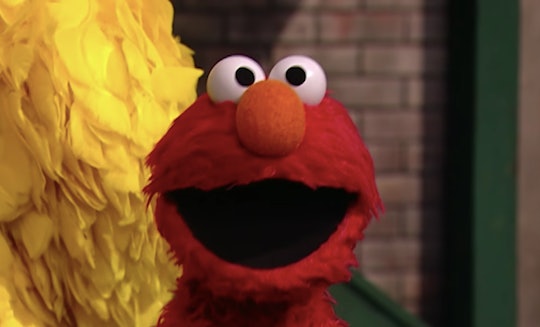 As protests over the killing of George Floyd continue in cities across the United States, Sesame Street is refocusing the theme of an upcoming town hall for kids and families. Instead of discussing the coronavirus pandemic as was originally planned, Sesame Street will address racism, recent protests, and other important topics in a 60-minute town hall with CNN. Coming Together: Standing Up to Racism. A CNN/Sesame Street Town Hall for Kids and Families is expected to air Saturday, June 6 at 10 a.m. ET on CNN.

"As anger and heartbreak have swept across America over the killing of yet another black man at the hands of police, CNN and Sesame Street are refocusing their second town hall to address racism," CNN announced Tuesday. In May, CNN had said its town hall with Sesame Street would address issues related to coronavirus, such as play dates, school, summer safety, and how families from around the world had found creative ways to cope with the pandemic.

While the coronavirus pandemic hasn't ended, protesters across the country have gathered night after night for over a week to protest the police killing of Floyd, an unarmed Black man who died on May 25 after a Minneapolis police officer held his knee on Floyd's neck. In the wake of Floyd's death — as well as the recent deaths of Ahmaud Arbery in Georgia and Breonna Taylor in Kentucky — protesters have demanded accountability and called for an end to police violence and structural racism.

On Saturday, Sesame Street and CNN will use its town hall for kids and families to tackle some of the issues dominating recent headlines. Ultimately, the event will discuss racism and recent nationwide protests against racial inequality with children while also touching on topics like embracing diversity and the need to be more empathetic and understanding, according to CNN.

Sesame Street's Big Bird will join CNN's Van Jones and Erica Hill in moderating the event, but, of course, Big Bird won't be the only Sesame Street character participating in Saturday's town hall. According to the network, viewers can also expect to see Elmo, Abby Cadabby, and Rosita, along with a number of experts tasked with fielding questions submitted by families.

Sesame Street recently spoke out against racism in a statement shared on social media. "Racism has no place on our Street — or on any street," the children's television program wrote on Instagram. "Sesame Street was built on diversity, inclusion, and especially, kindness. Today and every day we stand together with out Black colleagues, partners, collaborators, and the entire Black community. We stand with our friends around the globe to speak out against racism, to promote understanding and to create a word that is smarter, stronger, and kinder."

Parents can send in any questions they or their children may have had about racism, recent protests, or even how to go about talking to kids about these issues using the form found here at CNN. With their question, parents will need to provide their name and phone number.

Coming Together: Standing Up to Racism. A CNN/Sesame Street Town Hall for Kids and Families will air Saturday, June 6 on CNN, CNN International, and CNN en Español. Viewers without cable can also stream the event live on CNN.com's homepage and app.