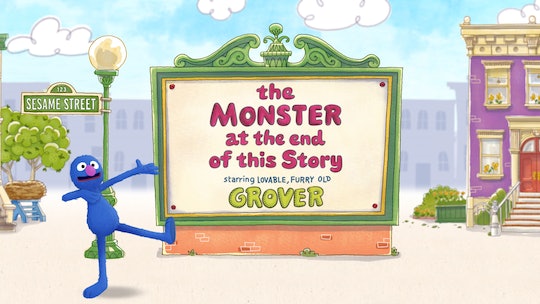 "After nearly 50 years, the lesson in The Monster at the End of This Book remains timeless: It's okay to feel afraid, but also important to have courage and keep moving forward in spite of those fears," Kay Wilson Stallings, executive vice president of creative and production at Sesame Workshop, said in a recent press release.

Sesame Street's animated special reimagines one of the brand's best-selling picture books, expanding the original story Jon Stone wrote in 1971. It follows a frightened and anxious Grover as he attempts to keep the story from ending for fear of facing the monster promised at the end. While Michael Smollin, the book's original illustrator, passed away roughly a decade ago, Sesame Workshop has promised long-time fans of the book that the animation in the animated special was drawn in a similar style.

"We brought this classic story from page to screen in a way that will feel familiar to longtime fans and exciting and engaging for young viewers," Stallings said. "By expanding the original narrative and adding new layers, we share a strong lesson in friendship, showing how Grover learns to manage his fear with the support of his friends."

You can also introduce your kids to The Monster at the End of This Book via this interactive animated short starring Grover and Elmo, two of Sesame Street's most lovable furry monsters.

Sesame Street's animated special, The Monster at the End of This Story, will be available to stream on HBO Max beginning Oct. 29.