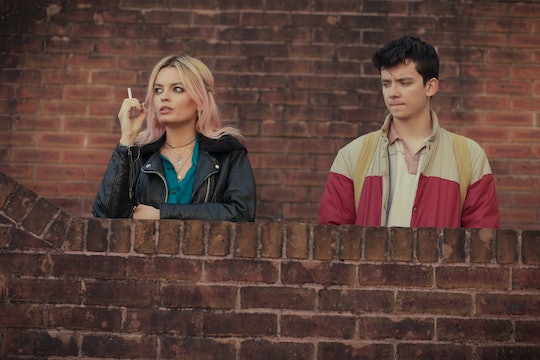 Fans Are So Hyped For Season 2 Of 'Sex Education'

Netflix’s British dramedy, Sex Education, dropped last month and became an instant hit. With a fresh, funny, and more pragmatic look at the high school sexual experience, the show won over both fans and critics, and it looks like Netflix has noticed. Sex Education was renewed for a Season 2 and fans of the series are more than thrilled.

Netflix rarely releases viewership statistics, but in a press release today, the streamer revealed how well Sex Education did since its Jan. 11 premiere, along with the news that they are renewing the series for Season 2. “This January, viewers across the globe fell in love with Sex Education and the students of Moordale High School, with the series tracking to be a huge hit — estimated over 40 million households watching the title within the first 4 weeks,” the press release stated.. “Following high fan demand for a second season, Netflix announced that the series has been renewed for 8 new episodes of the frank, heartfelt, honest and hilariously awkward series.”

According to the press release, Season 2 will begin filming in the UK in spring, and that Gillian Anderson, Asa Butterfield, Emma Mackey, Ncuti Gatwa, Aimee-Lou Wood, Connor Swindells, Kedar Williams-Stirling, Tanya Reynolds and Patricia Allison will all reprise their roles from Season 1. Sex Education creator and executive producer Laurie Nunn will return for Season 2, alongside executive producer Jamie Campbell.

In a statement, Nunn revealed her excitement for Season 2, and was grateful for all the fan support. "The reception to season one has been so exciting," said Nunn. "Seeing how people across the world have connected to characters that began as ideas in my head is incredible. I'm hugely grateful to every person that has taken the time to watch the series, and I can’t wait to continue this amazing journey."

It’s clear that fans can’t wait to continue the journey either. The show is TV’s new sexual revolution, and it’s bringing sex back into the conversation, much like Sex and the City did in the late ‘90s. On Twitter, Sex Education fans shared their love for the show, its characters, and just how excited they are to it all came back for Season 2. Twitter fans from all over the world talked about how refreshing the series is, and how it’s inclusivity and straight-forward take on sex is something that audiences have been missing:

Luckily, it looks like streamer is paying more attention to its audience. In a statement, Cindy Holland, Vice President of original content at Netflix revealed the network's enthusiasm for the show and how well it translated to viewers. “Laurie Nunn has captured the awkward teenage experience with a lot of heart and humor in Sex Education,” she said. “Along with the Eleven team and executive producer and director Ben Taylor, she’s created a universally relatable series that has resonated with our members around the world.”

Netflix hasn’t released an official release date for Season 2 of Sex Education yet, but since filming doesn't begin until spring, fans can expect to see the second season drop early next year.

Season 1 of Sex Education is currently streaming on Netflix.