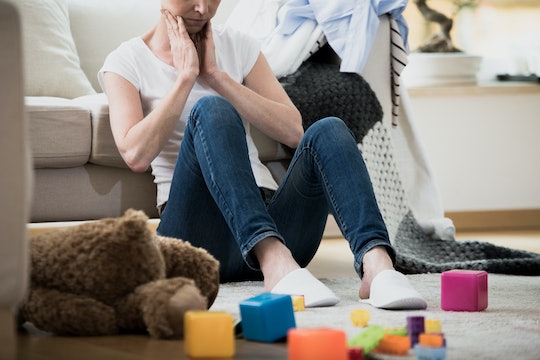 More often than not, women are left performing the bulk of household chores in relationships between men and women, regardless of whether or not they are employed. A recent study showed that this is more than just frustrating; it often leads women to leave their marriages when the workload is too uneven. Shared housework and parenting responsibilities seem to be the secret to a happy and successful relationship. While this may not seem like very surprising news, the results of this study show that women are past the point of simple "nagging," and inequality in the home seriously jeopardizes relationship quality.

A study of employed parents in Canada conducted by ABC News Australia found that women who find their parenting responsibility load as being greater than that of their partner, along with those who wish to spend more of their time working rather than tackling domestic issues, have a lower quality relationship with their partner. Researchers found that working mothers handled a larger percentage of parenting responsibilities than their spouses, conditions that have the power to negatively impact their relationships.

It is worth noting, however, that the perception of these women was found to be intrinsically tied with their relationship quality. Only when women viewed their roles as unfair or felt trapped by their responsibilities did the relationships suffer. In particular, women who worked part-time and played the larger parenting role had the most diminished relationship quality, according to ABC News. The same was found for women who wished to spend more time at work, but were unable to do so because of parenting responsibilities.

Researchers found that these women were overburdened by their uneven workload to the point of mental and physical exhaustion. A quote from the study explains just how much pressure such women are under:

Mothers are expected to be fully available to the demands and whims of children around the clock. They are expected not only to provide primary care, but also to carry the mental load for the household.

The mental load referred to in the study can be understood as all of the invisible work, the planning and organizing that goes along with running a household. Aside from the physical actions of cooking, cleaning, and childcare, there are also running schedules, appointments, prioritizing of tasks, and many other unseen responsibilities that weigh on a mother's mind.

This household gender gap is unique to neither Canada nor the mothers who participated in the study. It is also not a new phenomenon. In 1996, a sociologist named Susan Walzer published a research article called “Thinking About the Baby” that pointed out many of the same trends that are popping up in more recent studies. She found that, along with the mental, physical, and intellectual work that is done around the house, women were also carrying the burdens of worrying, planning, organizing, and learning that come with managing a household. As early as the '90s, scholars were already well aware of the fact that women — even women working full time — were responsible for most of the work that came to be known as the "second shift," or those tasks that are waiting at home once the normal workday comes to a close.

Considering how long people have been aware of this inequality, it is somewhat shocking that the gap persists in manymodern households. In an attempt to even out the workload a bit, The Seattle Times published a list of recommendations on how to tackle this issue if it pops up in your own home. The most important step to take seems to be talking over frustrations and concerns. The list urges couples to choose the timing of the conversation wisely, consider the other person's feelings, and use "I" statements when expressing needs — along with a slew of other ways to lessen the domestic divide.

Finding a way to balance the medley of household chores in the face of crying children, long work days, and outside relationship stressors can be difficult. As the ABC study showed, however, rectifying these issues before it is too late may be a life or death matter for your relationship. Now, excuse me while I go read that study to my husband before asking him once again to please do the dishes.