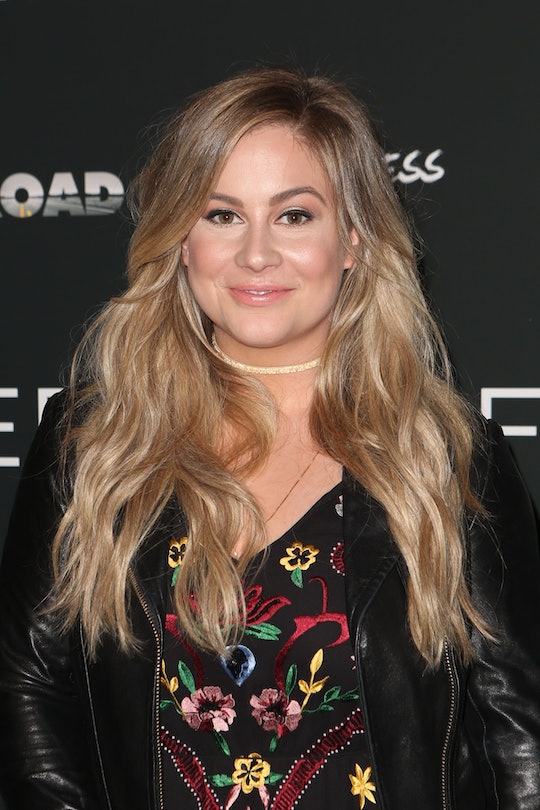 Shawn Johnson Shut Down Mom-Shamers Before They Could Even Try

Mom-shaming is alive and well — and celebrity moms, in particular, seem to be slammed the hardest by online trolls. Because unfortunately, people are emboldened to pick apart a complete stranger's parenting from behind their screens. Except, Shawn Johnson shut down mom-shamers before they could even try. And it deserves a slow clap.

Just to catch you up to speed, the Olympic gymnast and her husband Andrew East welcomed their first child — a baby girl they named Drew — on Oct. 29. Johnson has kept her Instagram followers regularly updated on all things baby and motherhood since then. The new mama has already had multiple experiences with mom-shaming, as evident by a recent Instagram post.

On Friday, Dec. 20, Johnson shared a video of herself dancing to "I'm Dreaming of a White Christmas" while holding her baby girl. She decided to head-off the critics before they could even get a single negative word in about her parenting. "My favorite.. dancing with my girl @drewhazeleast (yessss mommy shamers... I am sure there is something I am doing very wrong,)" she preemptively captioned her Instagram post.

Johnson's followers showed up in droves to praise her parenting. One person wrote, "You're an amazing mom!! Dancing with your baby is fabulous."

Another Instagram user commented, "This is so great to see! These moments shared with you daughter are precious."

Yet another person chimed in with, "Looks good to me. Nothing better than dancing with your Bebe!" alongside heart-eyed emojis.

There was nary a troll to be found on this particular post — which was refreshing. However, Johnson has been shamed more than once during her pregnancy and short time as a parent so far. Like that time when people criticized her for her daughter not having pants on while indoors. Earlier this week, the new mom shared a video of herself sitting on the floor behind baby Drew while helping her daughter "dance" to the song "Boot Scootin' Boogie." She captioned the adorable mother-daughter moment with, "Nashville born and raised hahah boot scootin boogie baby."

Unfortunately, at least one person honed in on the fact that Drew wasn't wearing any pants, and they decided to shame Johnson for it. “35 degrees in Nashville. Parents always in pants and socks. But not the baby! This baby always looks cold,” they wrote. Again, I'd like to point out that Johnson was inside a house with her baby — meaning it most definitely wasn't 35 degrees. Also, she's a baby; no pants, no problem.

During her pregnancy, Johnson was also criticized for celebrating that her baby didn't have Down syndrome — after the 20-week ultrasound showed markers for the chromosomal anomaly. She was also slammed for doing a simple back flip on a trampoline while pregnant. (She was an Olympic gymnast, remember?)

Hopefully, the mom-shamers chill out for a while when it comes to Shawn Johnson. Because new parents are hard enough on themselves as it is without complete strangers making them second-guess themselves even more. And besides, no one asked them in the first place.

More Like This
10 Parenting Lessons From Abbott Elementary That You'll Want To Write Down
Gabrielle Union Admits She May Be Becoming A Bit Of A Dance Mom With 3-Year-Old Kaavia
Exclusive: Watch Hayden Panettiere Talk About Addiction Treatment 4 Months Postpartum
Kylie Jenner Is Unbothered By A Little Breast Milk Leaking On Her T-Shirt