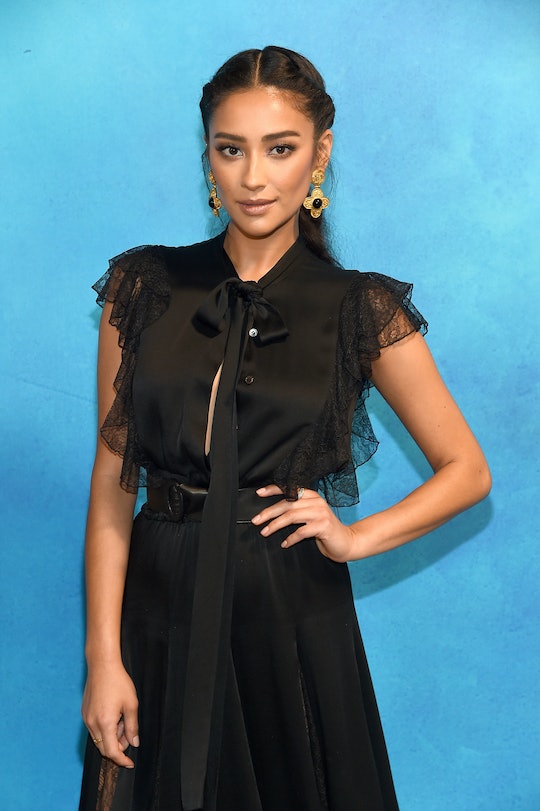 With many celebrities becoming mothers recently, previously stigmatized topics surrounding motherhood are finally coming to light, and other moms are so here for the transparency that many of these parents are offering. Along with Amy Schumer recently posting about going back to work as a mom and Chrissy Teigen keeping it real as always, Shay Mitchell revealed that she had "severe depression" early in her pregnancy.

In an interview with parenting website Hatchland published Saturday, the Pretty Little Liars actress and entrepreneur shared that the first few months of her pregnancy were mentally grueling as she battled depression and feelings of isolation. Mitchell, who is set to give birth to her daughter any day now, explained: "I previously had a miscarriage and that experience gave me anxiety about sharing the news of this pregnancy with anyone outside of our parents."

To keep the news secret, Mitchell isolated herself and changed her personal habits, shifts that took a toll on her well-being. "I wanted to be sure that this second pregnancy would be viable before shouting it from the rooftops, so I hid it for nearly six months and became very anti-social," she said. "Usually, I’m incredibly active and outgoing, but instead, I mainly stayed home to avoid stares and questions. I was extremely lonely."

On top of that, Mitchell was gaining weight and became "paranoid" of what her team thought of the added pounds minus a noticeable bump.

What made things worse? The actor felt like she had no one to turn to, as prenatal depression isn't as often discussed as postpartum depression. "I think it’s really interesting that prepartum depression or feelings of isolation in pregnancy are not more vastly discussed," she added. "Feeling that I was alone in my depression compounded my state of mind, but have found since sharing the news publicly that many women feel as I did…pregnancy can be a hard time, especially if you’re having to hide it."

Now Mitchell is on a mission to destigmatize these feelings stating, "So now we just need to normalize them by discussing more openly!"

And Mitchell is right about the public's need to discuss this issue more. That's because although postpartum depression has been discussed relatively more widely by celebrities, researchers, and mothers, depression during pregnancy is not often talked about. Despite this, however, experts have suggested that prenatal depression may be the most severe form of maternal depression there is.

Results from studies at Northwestern University suggest that women who develop depression before or during their pregnancies suffer from a more severe version of the mental health issue. Along with sadness and sleep concerns, they can even experience paranoia, according to Northwestern's website.

To address these concerns early in pregnancies, experts and agencies such as the U.S. Preventative Services Task Force recommends that women who are at greater risk for prenatal depression receive maternal mental health screenings and counseling interventions. All expectant mothers, regardless of predispositions, should also receive maternal mental-health screenings, according to The Washington Post.

With that all being said, props to Mitchell for opening up about such an important topic. Stay strong mama, and I can't wait to meet your baby girl!