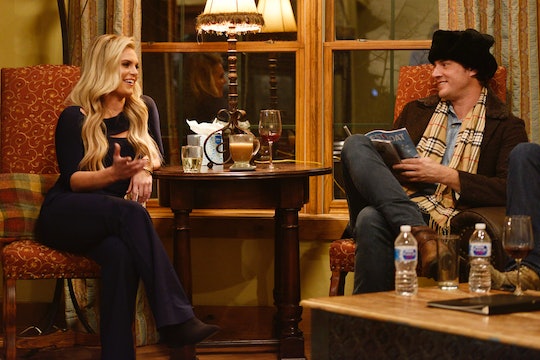 The only thing more reliable than Austen Kroll flirting with his ex-girlfriend Madison LeCroy on a group trip to Colorado is Shep Rose getting salty about it. Shep has been one of the biggest proponents of Austen and Madison breaking up, because he's about as stridently anti-Madison as a person can get. It's barely an exaggeration to say that on Southern Charm, Shep and Madison have a rivalry brewing, but it's one that really needs to come to an end.

And it's motivated almost entirely by Shep. Madison will respond to the things Shep says and she doesn't seem especially fond of him, but he's definitely the one prolonging this feud. The crux of the matter is this: Austen allegedly cheated on Madison with two women, and their subsequent argument was captured on video for the world to see. They did not break up, but Madison cheated on Austen in return. Shep finds this unforgivable, supposedly because he is not a fan of the fighting-fire-with-fire turn the relationship took when it came to cheating. And that is probably not the healthiest way to go about things, but Shep's criticism of Madison often felt gendered. She and Austen did the same thing, but Shep only thinks Madison is at fault.

This has led to all kinds of petty bickering between the two. When Madison and Austen eventually broke up, Shep did everything short of holding a parade. Though Austen appeared to be pretty heartbroken, Shep was simply delighted that Madison was out of the picture. He's also referred to her as "white trash," per Bravo, and described her behavior as "unseemly" in an appearance on Watch What Happens Live with Andy Cohen. Not to belabor the point or anything, but is Austen "trash" for cheating? Is his behavior "unseemly"? No? Okay.

Austen and Madison proceeded to get their flirt on during the group's Colorado trip, which seemed to make Shep dismayed in the trailer for "Rocky Mountain High Part 2." When he saw Austen and Madison out together, he groaned, "Oh no!" loudly. Later, Shep insisted that he thought Madison was "actually cool" and he wasn't mad at her; she reminded him that he very much did call her "white trash." The resolution of this conversation will have to wait for the episode to air Wednesday on Bravo, but it'll be interesting to see what Shep says when directly confronted by Madison. He generally takes any opportunity to criticize her, so it's understandable that Madison seemed unconvinced by his tepid compliment in Colorado.

Is this the feud of the century? No. But it's a recurring thread in Southern Charm Season 6 that's quickly wearing out its welcome. Shep has to back off and do a better job of keeping his personal feelings to himself. Austen and Madison are adults, so they can deal with their relationship however they like, even if Shep finds their involvement with one another ill-advised. Their relationship was rocky and appears to have run its course, but Shep's repeated interjections haven't exactly been helpful. Hopefully once Colorado is done, it'll be the end of Shep and Madison's arguments, too.