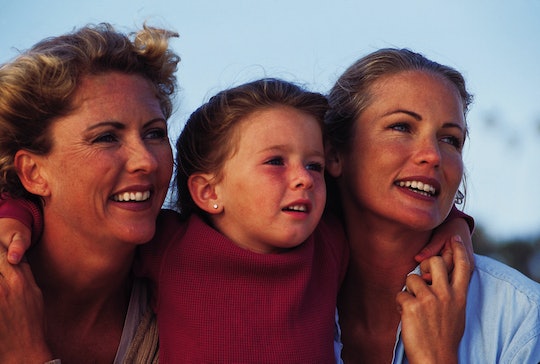 Alice Gottlieb recalls her doctor screaming at her so loudly that the entire office could hear. The topic was her weight. “He yelled at me because I gained 5 pounds,” Gottlieb says, thinking back to the time she ate Chinese food before her OB-GYN appointment in 1972.

At the time, she said, you were allowed to gain 20 pounds per pregnancy if you weren’t already overweight.

But there was one caveat: No salt whatsoever.

Her doctor was so strict about this that, to this day, Gottlieb — now a grandmother — has still not eaten salt, and has kept her weight steady at 104 pounds.

“It is ingrained in my brain from the doctor,” she says.

A woman’s weight during pregnancy was such a big deal just a few decades ago that it left a long-lasting impact on the way many women view their bodies — a curious inheritance through the generations since.

Some women were even told to smoke to keep the weight down. Gina Patten, an assistant controller at Elmhurst College in Illinois, says this was her mother’s doctor’s recommendation.

“She’s only 5 feet tall and was probably 110 pounds at the time,” Patten says of her mother.

The strict weight guidelines stemmed from the fear of birthing large babies, which could lead to maternal mortality, according to a review of historical trends by the Institute of Medicine Committee on Nutritional Status During Pregnancy and Lactation.

Salt-free diets were encouraged to control tissue fluid retention, and it was recommended that women gain no more than 15 pounds, according to the research.

I cannot tell you how much many of us nearly starved ourselves before each prenatal visit so that we wouldn’t be criticized, or even ridiculed, by our obstetricians.

“Looking back, I’d say we were pretty strict and judgmental about excessive weight gain,” says Janice Asher, who was an obstetrician and a pregnant woman in the 1980s.

But, she says, some of the reasons against weight gain during pregnancy are legitimate: Excessive weight gain could lead to an increased risk of diabetes in mother and baby and is also associated with hypertension and a larger fetus.

Asher says the way the OB-GYNs advise their patients about their weight gain has softened for the most part.

“I would hope that obstetricians now take a less judgmental and punitive tone with their patients,” she says. “I cannot tell you how much many of us nearly starved ourselves before each prenatal visit so that we wouldn’t be criticized, or even ridiculed, by our obstetricians — I realize now that I was on both sides of that scenario.”

Weight gain during pregnancies in 1986 and 1989 made Candace Johnson, a freelance book editor in Portland, feel like a failure.

Johnson was urged to keep her weight gain between 25 and 30 pounds, but she felt like she was starving when she was pregnant, so she gained about 10 pounds during the first trimester.

About six months after her first daughter was born, she wanted to have another baby, but she wouldn’t let herself get pregnant again until she lost all the baby weight.

During her second pregnancy, she gained 35 pounds.

“I felt I was failing in some way because I couldn’t keep my weight gain between 25 and 30 pounds,” Johnson says. “The guidelines cause women to focus on weight in an unhealthy way when they are just mandated without explanation and ongoing support.”

Even today, however, 21% of pregnant women are gaining below the recommended amount during their pregnancies, per the CDC, leading to the non-medical term “pregorexia": pregnant and anorexic.

Twenty-one percent of pregnant women are gaining below the recommended amount during their pregnancies.

In South Florida, 15 OB-GYN practices in 2011 set weight cut-offs for new patients. Those who weighed at least 200 pounds or a relative weight based on measures of obesity, were not permitted in their practice. Some of the doctors blamed exam tables that couldn’t take the weight, but a handful of the OB-GYNs said they didn’t want to accept those patients due to the risk of complications.

Florida isn’t the only place where pregnant women are being shamed. A study found that nearly two-thirds of pregnant and postpartum women in the United States experienced some form of weight stigma. Much of it came from the media, and some — 21% of occurrences — from their own family.

“Fat-shaming” can cause long-term emotional and physical consequences, found a review of studies published in the American Psychological Association. The Stigma and Health study found that those who experience pregnancy fat shaming experience depression during and post-pregnancy, emotional eating and stress.

(2017) Fat Shaming in the Doctor's Office Can Be Mentally and Physically Harmful, presented at the 125th Annual Convention of the American Psychological Association, https://www.apa.org/news/press/releases/2017/08/fat-shaming

More Like This
New Report Shows 80% Of Pregnancy-Related Deaths Are Preventable
What Does Amniotic Fluid Smell Like? A Nurse Explains
6 Sex Positions To Reduce Leg Pain
Are You Leaking Amniotic Fluid Or Is It Normal Discharge? Experts Explain