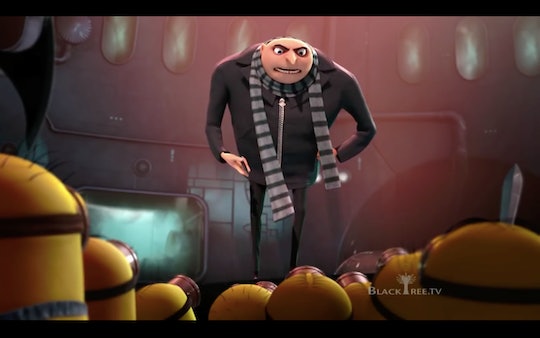 Everyone's favorite villian is back and he's bringing the whole family. As Despicable Me 3 hits theaters, you may be wondering whether the few extra dollars for a 3D ticket are worth it. Should you see Despicable Me 3 in 3D or 2D? It's all about personal preference, really.

Film review site Cinema Blend recently published an article rating Despicable Me 3 in all aspects of 3D viewing and the review was favorable. Gru and the gang shined bright in 3D, perhaps justifying the extra cost. According to Cinema Blend, animated movies in general tend to work well in 3D, especially when they have outlandish plots that make for exciting scenes that jump out of the screen at you, like those found in the Despicable Me franchise.

The film is also brightly colored, which is an added bonus for 3D films, as they tend to be darker in display than 2D versions of the same movies. The Minions' bright yellow coloring and the villian's pink bubble gum shine out through the 3D.

If parents are leaning toward springing for a 3D viewing of the film, they can feel reassured knowing that there are no health risks associated with children watching 3D movies. In fact, the American Optometric Association stated that most children have developed sufficient binocular vision (the type of vision where one uses both eyes at the same time) by age 3 and are thus able to both properly see and enjoy a 3D film. For children younger than 3, there is no health risk, but they may have trouble seeing some of the images.

(Of course, a child having the physical ability to see through 3D glasses and having the patience required to wear them for a the duration of a feature-length film are two different stories.)

The third namesake installment to the Despicable Me franchise explores existing themes and presents new challenges for the family. The newest film hits at the heart of the franchise, highlighting different dynamics of a wholly unconventional family. Specifically, it explores the relationships between Lucy, Gru's new wife, and his three adopted girls as they all adjust to her new role as a mother. Parenting is a new skill for this anti-villian secret agent and she goes through a learning curve with the girls, encountering issues such as being liked versus being a good mother, joining an established family, and the complexities of adoption.

All of this makes for an instant family favorite. Despicable Me 3 will undoubtedly join the ranks of "beloved kids flick" in no time, alongside the rest of the franchise. Whether you opt for 3D or not, be sure to bring the whole family — especially your own little minions.