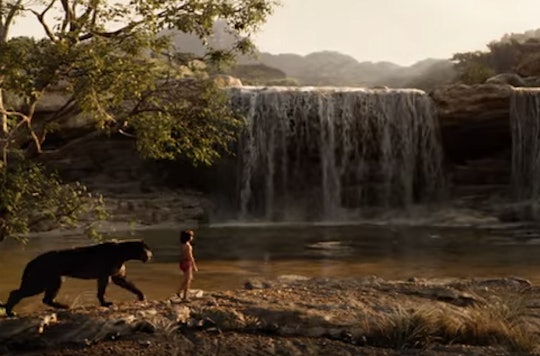 Should You See The Original 'Jungle Book' Before The Live-Action One? The Film Has History

I’ve got to be honest: I’m something of a purist. I love original shows, original stories, and original flicks, and when it comes to my childhood — well — just don’t touch it unless you are going to do a damn good job. (I’m looking at you, Jonathan Liebesman, Megan Fox, and the rest of the Teenage Mutant Ninja Turtles cast and crew.) In fact, not only do I loathe most Hollywood remakes, I would go so far as to say I hate most “series reboots.” So when I heard The Jungle Book, the classic Kipling book turned animated Disney film circa 1967, was being remade as a “live-action feature," I lost it. But do you need to see the original Jungle Book before the live-action one? Will the latest installment stand "on its own?"

Well, bias aside, you do not need to see the original to enjoy the 2016 retelling, especially since The Jungle Book is receiving rave reviews, but you should see the original. Because the 1967 film is a classic — it's classic animation and classic Disney — and because it was a childhood staple for many Gen X's and millennials (Well, at least us "older" millennials.) Plus, there is Baloo — adorable, lovable, Phil Harris Baloo — and “The Bare Necessities!” (And who doesn't love "The Bare Necessities?")

The good news is the new film contains all of the characters I grew up with, they just look different. Very different. And, while the 2016 Jungle Book is not a musical, it does include a few songs, and "The Bare Necessities" is one that made the cut. (So there's that.) But if you haven’t seen the animated feature, there is a good chance you also haven’t read the book — and you have no idea what I am talking about.

So, before you dive into a DVD screening of the original in your living room or head to a theater this weekend, here is what you need to know: The Jungle Book is a story about a young baby named Mowgli, who was abandoned in a jungle and found by wolves. While the wolves raised Mowgli as their own for many years, when Shere Khan — a fierce man-eating tiger — learns of his existence, he forces Mowgli to leave his wolf family and return to the "man village." And it is this adventure, and the subsequent adventures that follow, that become the crux of The Jungle Book. So, though it's not required that you watch the original Jungle Book before seeing the 2016 movie, the original is just amazing for being the original, and you should see it.

Much like the original, The Jungle Book (2016) comes from the mastermind at Walt Disney Studios and is the latest in a series of live-action adaptations of popular Disney animated features (Alice in Wonderland, Maleficent, and Cinderella). Jon Favreau — of The Avengers, Iron Man, Iron Man 2, and The Wolf of Wall Street — directed this rendition, and the cast includes Neel Sethi as Mowgli; Bill Murray as Baloo; Ben Kingsley as Bagheera; Idris Elba as Shere Khan; Scarlett Johansson as Kaa; and Christopher Walken as King Louie, according to IMDb.

The film opened overseas on April 7, and it will open in the U.S. on April 15.

More Like This
Your Disney+ Subscription Is About To Get More Expensive
What Parents Need To Know About Hulu's Predator Prequel Prey
The Worst Fake Babies In The History Of Movies & TV That Will Always Be Unsettling
10 Cozy, Romantic, & Drama-Filled Shows To Watch If You Love 'Virgin River'