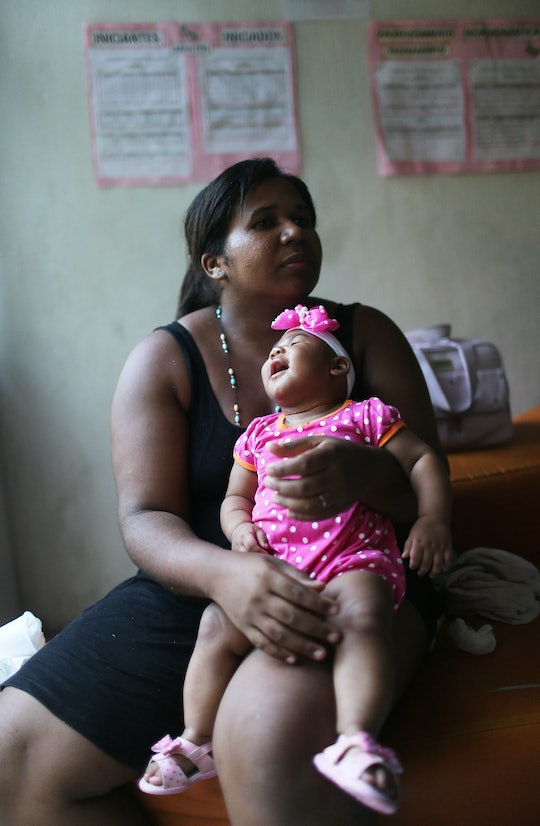 Should You Take Your Kids To A Zika Zone? Travel With Caution

As fears surrounding the spread of the Zika virus mount, families, and families-to-be are considering scrapping travel plans to areas identified as high-risk for Zika transmission. The primary concern is for pregnant women who, if infected with Zika, could pass the disease onto their unborn babies, which could potentially result in catastrophic birth defects including microcephaly, a condition where a baby is born with a small head, underdeveloped brain, and crippling disabilities. But what about families who already have little ones? Should you take your kids to a Zika zone?

Although the risk for children isn't as acute as for babies in-utero, there is so much that medical professionals and researchers don't know about the effects of Zika, it's probably a smart idea to be very cautious and only travel with kids to Zika zones if absolutely necessary. The CDC keeps an updated list of Zika zones for travelers. More specifically, officials are increasingly concerned about the approaching Summer Olympic Games, scheduled to be held in one the world's worst Zika-ridden regions, Rio de Janiero, Brazil. So it might be a smart bet to keep the kids away from this summer's Games, no matter how badly they're clamoring to go, or how much you want to take in the sights.

The good news is that symptoms of the Zika virus themselves are usually pretty mild, including fever, rash, joint and muscle soreness, and "conjunctivitis" which is a fancy word for red eyes. According to the Centers for Disease Control, "Evidence indicates that Zika virus disease in children is usually mild, and treatment is supportive: This includes rest and fluids to prevent dehydration."

But while the disease itself doesn't sound that far off from a case of the flu, it's what science doesn't know about the long-term effects of Zika that should be of concern to parents.

"Information on long-term outcomes among infants and children with acute Zika virus disease is limited," the CDC reported. "Until more evidence is available to inform recommendations, routine pediatric care is advised for these infants and children."

One specific concern, is that doctors are starting to see Zika cases where paralysis can set in. In a January column, Fox News' Dr. Manny Alvarez reported that one condition in particular had medical experts concerned. He explained,

In addition to presenting a danger to pregnant women, we now have a cluster of cases in which the virus may be attacking the adult neurological system and causing inflammation of nerve roots in the spine. The result is a condition called Guillain-Barre, a nerve disorder that causes muscle weakness beginning in the legs that then spreads to the arms and face. It can cause patients to feel numb, have trouble walking, and experience limb paralysis. In severe cases, patients may require life support. While it can take a few weeks to recover, patients typically suffer from nerve damage.

Not a risk any parent would want to take with their children's health and long-term mobility. Dr. Alvarez also points to El Salvador, where nearly 50 Guillain-Barre cases were reported in just the five weeks between Dec. 1 to Jan. 6.

The CDC adds that the danger of the onset of GBS related to the Zika virus appears to increase with age, but considering how much is yet unknown about the disease, it's probably worth keeping your kids out of identified Zika zones unless absolutely necessary.