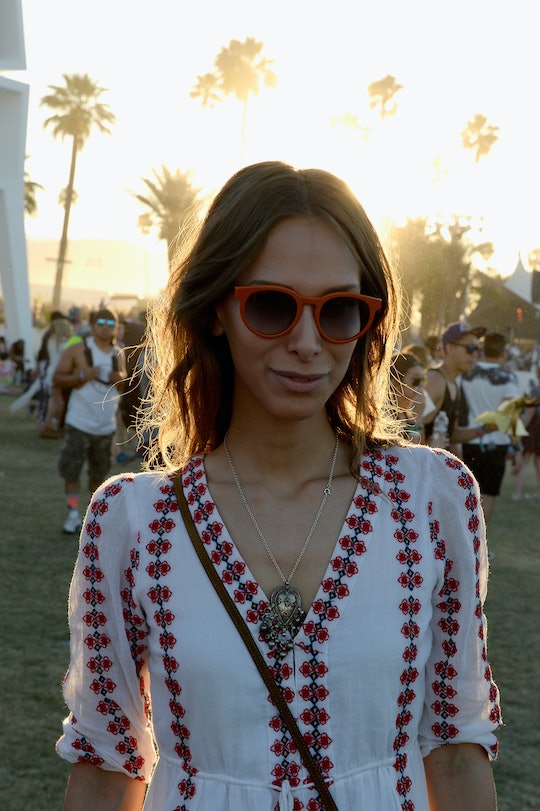 Should You Take Your Kids To Coachella? Definitely, But Don't Forget The Headphones

Ahh, childhood. Those years of trips to the park, outings to the zoo, lazy days at the beach... and rocking out at music festivals? Yes, this is the 21st century, and along with questions about park etiquette (should my toddler be throwing sand in that kid's face?!) comes another, equally important question: Should you take your kids to Coachella?

Quite simply, the answer is yes, though only if you're comfortable with it. This weekend, PopSugar journalist Lindsay Miller did some reporting from the trenches, and it turns out that taking kids to Coachella is both totally acceptable and surprisingly stress-free. Jenni Weinman, a publicist, told PopSugar that she and her husband have taken their 3-year-old to the annual Coachella Music Festival in Indio, California since she was an infant. "It allows for her to kind of be indoctrinated early to culture. To see different people, different things — the exposure of it all," Weinman said.

According to Miller, Coachella and other music festivals have become major cultural and commercial events that are more kid-friendly than the Woodstocks of yore. Indeed, making concerts a family event is part of a modern-day culture that refuses to dichotomize family life and 'fun' life. "... Many parents and parenting experts agree that it's evidence of a larger trend of urban, upwardly mobile moms and dads incorporating their kids into their existing lifestyles," Miller wrote.

And parents aren't ashamed to broadcast news of their lifestyle choice, either. Coachella-bound parents took to Instagram this weekend, showing off adorable photos of their concert-ready children. One photo of a dad-and-tot duo at Coachella was even accompanied by the caption, "Through music we can introduce children to the richness and diversity of the human family and to the myriad rhythms of life." Another proud mom wrote that her baby was a "crowd pleaser" at her first Coachella.

The hashtag #coachellababy had over 1,000 posts by the end of the festival's first three days, and major clothing companies have clearly caught on, as evidenced by clothing giant H&M's #HMLovesCoachella hashtag marketing to kids.

Enjoyable as it looks, though, taking babies or small children to a concert isn't all fun and games. According to WhatToExpect.com, bringing noise-cancellation headphones is an "absolute must." According to a 2010 New York Times article about the fragility of young ears, "a young child’s ear canal is much smaller than an older child’s or an adult’s," meaning that the pressure of the audio wave is much greater, and a young child "might perceive a sound as 20 decibels louder than an older child or an adult." Repeat exposure to loud sounds can result in irreversible hearing loss.

Parents who take their kids to Coachella seem to get the message, loud and clear. Miller herself reported that the vast majority of parents at Coachella lugged an "arsenal" of gear, including San Diego mom Michelle McCurter, who said that she had brought, among other things, "baby wipes, sunscreen, a water bottle with a filter so you can keep refilling it at the water station, chapstick . . . [and] headphones, definitely."

Despite these precautions, concert-going parents haven't escaped the ubiquitous judgement of internet haters. Twitter had its typical quota of parent-judging scrooges this weekend, and a 2014 Huffington Post blog post entitled "Bringing Children To Coachella: Good or Bad Parenting?" takes an ambiguous stance on the topic, though frames the question in a judge-y way, asking in the post, "Is this the type of stuff we want to expose our children to?"

While there are certainly dangers particular to the concert scene — the blazing sun, mosh pits, drunk and disorderly conduct — it's up to individual parents whether they feel comfortable taking their small child to a concert, and whether they're willing and able to take the necessary precautions. Aside from that, pack up those headphones, and live and let live.