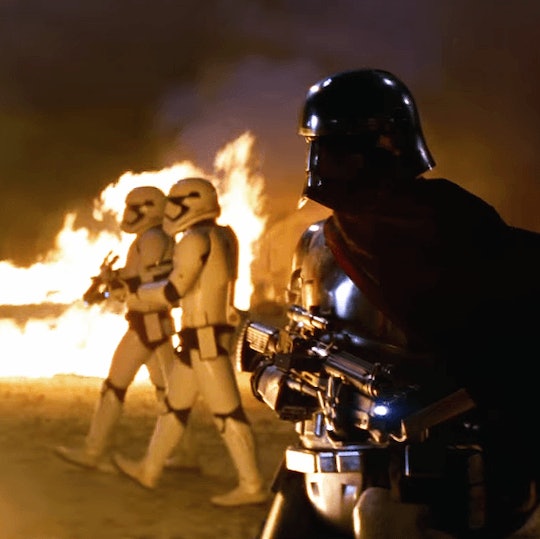 Should You Take Your Kids To 'Star Wars: The Force Awakens'? Its PG-13 Rating Could Leave Parents Wondering

On Wednesday, the Motion Picture Association of America (MPAA) announced that the latest Star Wars film, The Force Awakens, has been given a PG-13 rating. This marks only the second of the six films in the Star Wars films franchise to have received a PG-13 rating (the other being Star Wars: Episode III — Revenge Of The Sith).

The exact reasons for the PG-13 classification are vague beyond what the MPAA has offered: "Rated PG-13 for sci-fi action violence." At least The Revenge Of The Sith had a slightly clearer ratings classification when it was rated PG-13 for "sci-fi violence and some intense images" in 2005. So what is it about this latest installment of the Star Wars franchise that has earned it a PG-13 rating?

The truth is, we might not really know until the film opens on Dec. 18 in the United States. The MPAA is notoriously cryptic about not only who screens and rates their films, but their rationale behind their ratings. (The 2005 documentary, This Film Is Not Yet Rated, is a pretty damning examination of the MPAA's allegedly biased ratings' process.)

Thankfully, with the help of YouTube and Walt Disney's massive PR machine, we have plenty of promotional glimpses of the film before its December release to give us a few clues about what kind of "sci-fi action violence" might have earned the film a PG-13 rating. And, so far, it seems tame enough for your child, even if they're under 13. Could any of these things be leading to the PG-13 rating?

Who knows what exactly constitutes "sci-fi action violence" in the eyes of the MPAA. No matter what the rating, we bet The Force Awakens will shatter box office records this holiday season — and, more likely than not, your kids' minds.