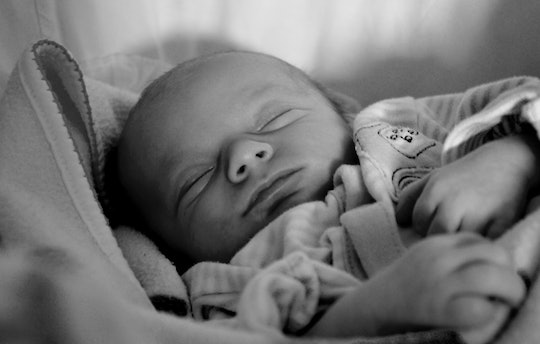 Should You Wake Up Your Kid To Feed Them?

Even long before you had children, you were probably familiar with the old adage, "don't wake a sleeping baby." And once your little bundle of joy arrived, there is nothing you want more than to let her rest. After all, it sometimes takes what feels like forever to help your little one settle down and nap. But should you wake up your kid to feed them? Sometimes, you may need to disrupt their slumbers.

In the first few days after birth, you may need to wake up your kiddo for food. This is because many newborns lose weight during their first week of life, as explained by the Mayo Clinic, so they need to be fed frequently until they get back to their birthweight. This means that you may need to wake up your baby to feed her if she sleeps for over four hours, as further noted by the Mayo Clinic. Once she's back at birth weight, however, it's generally OK to let her sleep (and maybe catch a nap yourself).

Additionally, it's generally safe to let your baby sleep at nighttime. As explained on WebMD, as long as your little one has regained her birth weight, it's often a good idea to refrain from waking her up at night for feedings. You want to get those healthy sleep habits going from the start, after all. On the flip side, WebMD noted that you may want to wake up your baby for daytime feedings if she's been out for a while, so she doesn't go more than four hours without food.

Of course, if your baby has certain health conditions, then she may need more frequent feedings. For instance, a premature baby may need to be fed every 2 and a half to four hours, as noted by Unity Point Health. In these cases, you will want to follow your doctor's advice. But in general, babies know when they are hungry or full, according to the Cleveland Clinic, and they are pretty good about communicating that with you. So as long as your infant has regained her birth weight and has no other health issues, it is generally OK to let sleeping babies lie.