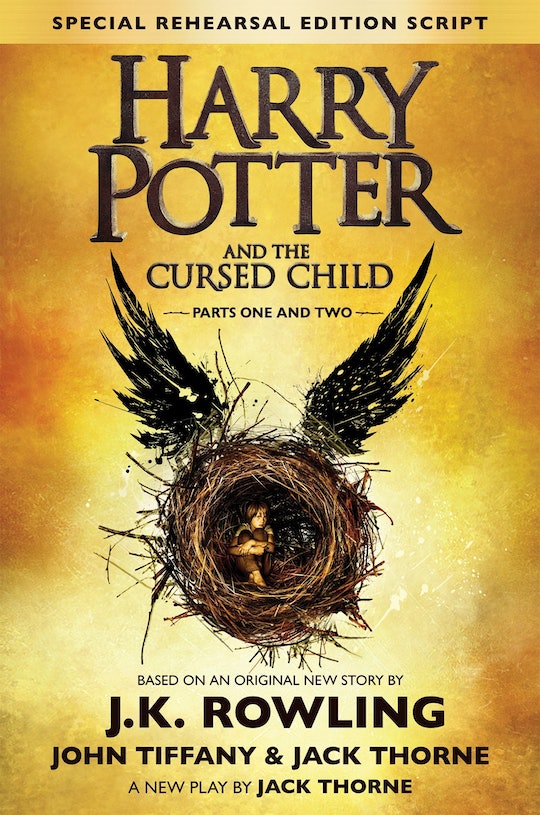 The answer of course is completely up to you and your child, but if you're looking for guidance from a Harry Potter fanatic, the answer is no.

Another important thing to take into consideration is that Harry Potter and the Cursed Child is not a novel written by J.K. Rowling. The book is a script by Jack Thorne, who is a British playwright and Harry Potter enthusiast. And while the script and the stage play have clearly received Rowling's stamp of approval (see the tweet below), the script lacks in the lush imaginative detail that Rowling provides about the wizarding world in her seven books about Harry and his adventures. Not due to a lack of imagination on Thorne's part, but simply, according to Screencraft.org, because scripts are written in an entirely different way than novels are.

One of the most wonderful things about children reading the Harry Potter series is that the descriptions of the wizarding world that Rowling provides help to fuel their imaginations in creating a world that they could have never imagined otherwise. Take, for example, the purpose of a Pensieve. In Harry Potter and the Order of the Phoenix, Rowling provides the following description:

The light was coming from the Pensieve sitting on Snape's desk. The silver-white contents were ebbing and swirling within. Snape's memories... things he did not want Harry to see if he broke into Snape's defenses accidentally... Harry gazed at the Pensieve, curiosity welling inside him. […] What was it that Snape was so keen to hide from Harry?

In a script, however, it would possibly read something like this:

(A bowl on Snape's desk glows. Harry stares at the bowl.) HARRY: What is he hiding?

Scripts provide direction for actors to take on their characters, but they don't often provide character development in the way that novels do.

If you're still not sure, take it from the 10-year-old speed reader, Toby L'Estrange from Britain who read the play in a single hour, and offered his review. The Independent reported that 10-year-old L'Estrange enjoyed the newest addition to the Harry Potter world, but believes that because it is a script, there's a lack of time with each character because most scenes are short, and that "the storyline is confusing at times, and requires knowledge of the previous Harry Potter installments."

Take it from a child himself, have your children read the Harry Potter series before they dive into Harry Potter and the Cursed Child, so that they fully understand the nuance and motivation behind Harry as an adult, due to what he endured as a child.