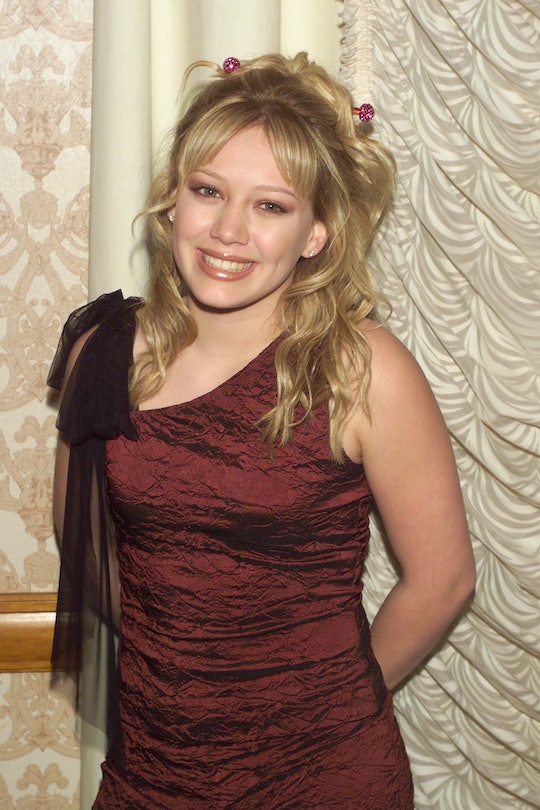 Though Lizzie McGuire premiered on the Disney Channel back in 2001, the show's hijinks are winning over a whole new generation of followers. The reruns take viewers back to a pre-smartphone era, but, in terms of teen social dynamics and insecurities, not much has changed. Even so, should your kids watch Lizzie McGuire?

If you weren't a Lizzie McGuire mega-fan when it first came out, here's a quick primer: Lizzie is a teenage girl dealing with the trials and tribulations of growing up with the help of her two best friends, Miranda and Gordo. Lizzie is an average student with above-average klutziness. She is both shy and spontaneous, thoughtful and sarcastic. Often she dreams of being popular, like the mean girls who torment her, but she learns, over time, that there's more to life. The hallmark of the show is Lizzie's inner monologue, which is played out in soliloquies performed by a frenetic animated version of herself. This "true self" reveals her feelings, lessons learned, and insecurities to the audience — to a heartwarming or comedic effect.

In terms of appropriateness, keep in mind that the show was made originally for the Disney Channel in the early 2000s, so while it deals with things like bullying, body image, crushes, and family responsibility, it's still pretty tame. It is aimed at a middle school-aged audience, so if your child is over 12 years old, it should be appropriate. With supervision, even younger children may find Lizzie, Miranda, and Gordo's antics entertaining. Like many Disney shows, Lizzie McGuire tries to teach its young audience life lessons, but manages to do so with interesting, even, at times, subtle narratives without belaboring the point.

Besides that, the show has other merits. It models the possibility of platonic, boy-girl best friendships and makes an attempt at diversifying the main characters (Miranda is Mexican-American and Gordo is Jewish). It deals with sexuality and coming of age without being explicit or graphic, makes being good at school seem cool, and champions the underdog (who is often Lizzie). Lizzie's inner monologue is strong without being shrill, funny without being jaded, and always leads her to the right choice in the end. Her parents are flawed (they often inadvertently mess up something in Lizzie's day to day), but they are clearly loving. Same with her brother, Matt, who is portrayed as a real schemer. One of the best minor characters is Lizzie's gym teacher, Coach Kelly, who teachers her class that women can be good at sports and feminine at the same time.

All in all, Lizzie McGuire is still a great show for kids, even 10 years later. It's entertaining, educational, and each episode is only 30 minutes long. Hillary Duff, who played Lizzie, has even mentioned doing a reboot, and with the way Netflix has been going, it's probably not far off. It may be worth rewatching the old seasons to prepare for that — just in case! The only negative effect the show might have on your kids is a sudden strong desire to bring back those early 2000s overalls, tiny pigtails, tinted lenses, and platform flip-flops. Oh, wait, that's already happening.