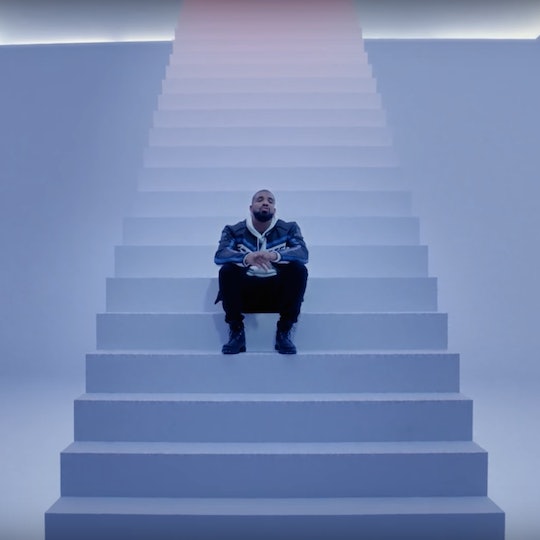 As if the original "Hotline Bling" wasn't catchy enough, Donald Trump in SNL's "Hotline Bling" parody is enough to send your heart and your health into overdrive. Whether or not it's comedy gold, the parody manages to get The Donald exactly where we never knew we wanted him: dressed as a "Tax Man," Martin Short dancing in nipple high pant, and a reminder that the dance moves are Drake "doing his best."

Following up on Bernie Sanders' Ellen DeGeneres "Hotline Bling" appearance, Donald goes above and beyond to prove to Americans that while he's desperate to make our country great again, he will not do anything to help further the future of our nation's dance moves. Whomp. Maybe Don can stick to politicking, promising walls, and live tweeting while we let the rest of the candidates duke it out for a spot on Dancing With the Stars next season. (Actually, that kind of makes me think: Donald would be a shoe-in for next season of the show. So, um, producers, if you're watching this: FREE. IDEA. I won't even get mad at you guys for trying to take it from me. Like, I 'ship that casting so hard in a way that is not even remotely embarrassing. Cast Donald! Cast Donald!)

Unsurprisingly, I wasn't the only person to fall head over heels with The Donald's parody. The internet loved it too, and bless them. Honestly, it's best not to question The Donald's gratitude. Let's just take it for what it is, shall we?