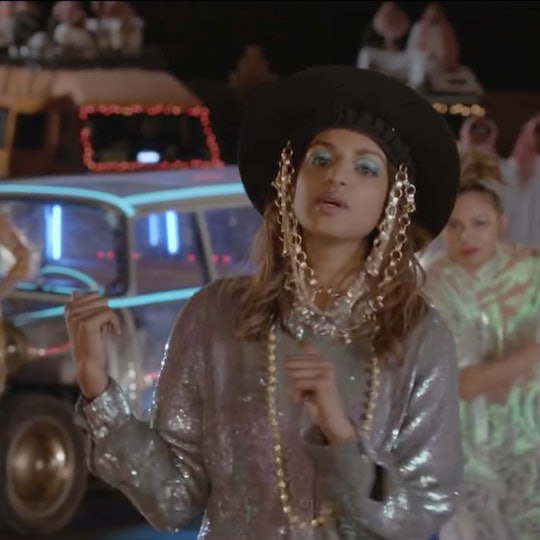 The highlight of SNL is always the digital shorts, and tonight's SNL parody of "Bad Girls" by M.I.A. was much, much more impressive than The Donald himself. (Not that that was a surprise, but anyway...) It should come as no surprise, seeing as how M.I.A. always provides excellent fodder for SNL parody, but this particular moment helped moved the show along tremendously, especially given Trump's lackluster, unenthusiastic, and entirely boring performance. (Oh, I mean, I guess he was an OK host, all things considered.)

As much as we wish we could pull off M.I.A.’s actual swagger, the "bad girls" of SNL's version of the video run a little more at our speed. They’re breaking all the rules that we actually break in our real lives, like not putting groceries back in their proper location, or sweetly lying to get seated in a restaurant without a wait — and feeling like as much of a badass as we do when we do that stuff.

So while those six dudes from your Facebook feed that you haven't talked to since you graduated college may have gathered around the TV to watch their boy Make America Great Again, but the rest of us were treated to a Trump Trainwreck, and it was glorious. But TBH, that wasn't even my favorite part of the show. The moment the magic happened? M.I.A. "Bad Girls" parody. It absolutely won the night.