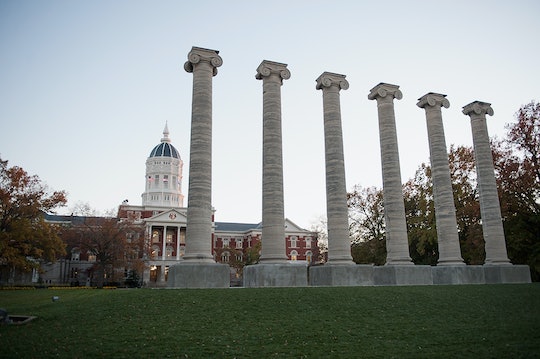 Arrests have been made after violent threats to students at "Mizzou,' the University of Missouri, were posted to social media app Yik Yak Tuesday. According to the university’s official online emergency information center, MU Alert, police were alerted about the alleged threats, and a suspect was apprehended Wednesday morning. The threats follow months of escalating racial tension on campus that have led to student protests criticizing what was seen to be a lack of effort on the part of school administrators to protect people of color on campus. Both university president Tim Wolfe and chancellor R. Bowen Loftin resigned, but the backlash against the protests was allegedly strong, with reports of violence and racist chants coming from groups of white students.

Reports of racial unrest at Mizzou are long-standing, but the current incidents are said to have began in September, when student government president Payton Head took to social media to criticize racist and homophobic attitudes on campus, after individuals riding in the back of a pickup truck shouted slurs at him. Students organized protests — including a hunger strike by grad student Jonathan Butler — after university officials failed to respond to the situation, leading to Wolfe’s resignation.

On Wednesday morning, outgoing chancellor Loftin tweeted that the person who authorities believe made the threats was never on campus:

Earlier Wednesday morning MU Alert tweeted reassuring students that there is no "immediate" threat and asking students, "Please do not spread rumors," possibly referring to a Facebook post that Head put up and later deleted Tuesday claiming that the KKK was on Mizzou's campus.