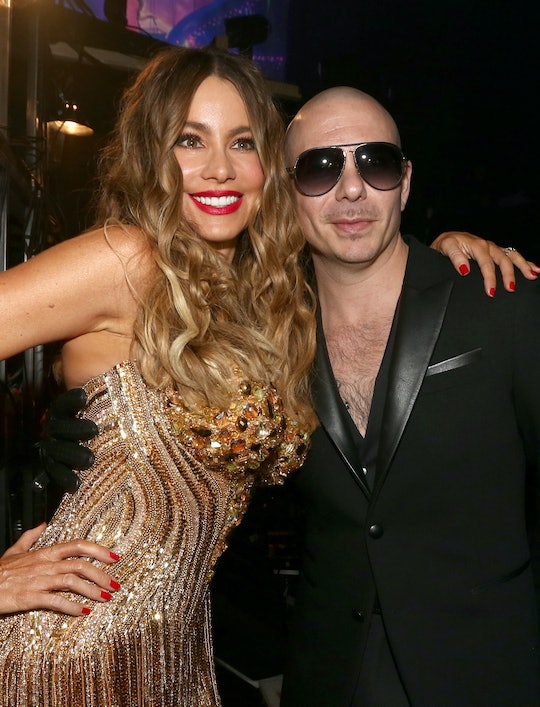 Modern Family actress Sofia Vergara presented the award for Best Foreign Language Film at the 2016 Oscars on Sunday, and her red carpet appearance blew people away. Sofia Vergara's Oscars dress did not disappoint. It was dark blue and super sparkly, and Twitter was seriously impressed.

Vergara most recently made headlines when she opened up during an interview with Harpers Bazaar Arabia, according to Us Weekly. She said that she and her husband, Joe Manganiello, have considered having children, but that they're not really in a rush to get there:

Vergara already has one child, 23-year-old Manolo Gonzalez-Ripoll Vergara, from her first marriage, according to Us Weekly. In the interview, Vergara also said that she was able to achieve a lot in her career because Manolo was such a well-behaved child. She said she was able to do "everything I wanted to do," even as a single mom. Vergara blew fans away on the red carpet, yet again, proving that she really is a badass single mom who can do it all.

Vergara's Oscar's dress was elegant but also brought the bling (in a good way).

According to Stylecaster, Vergara's dress was by Marchesa and the pulled-back hair look was somewhat unusual for her. Regardless, she rocked it, and she'll definitely own the stage as a presenter.