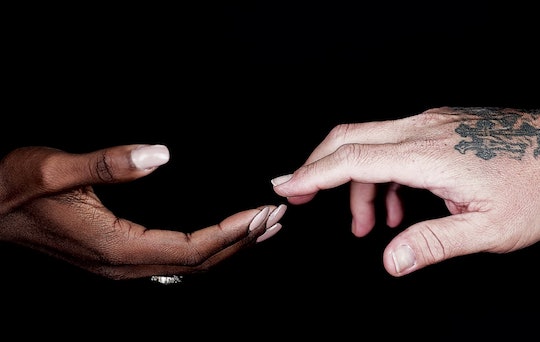 Some Big Stars Released A Song To Raise Money For Pulse Victims, & It’s A Must-Listen

Less than a month after a gay nightclub in Orlando became the devastating scene of the worst mass shooting United States history, a superstar roster of big-name artists released a song to raise money for Pulse victims, and it's a must-listen. The proceeds from "Hands" will be aimed specifically at aiding the 53 wounded — as well as the families of the 49 mostly gay men of color whom the gunman murdered — by helping them access medical care and counseling with the proceeds. And, as a collaboration among 24 major artists, including Britney Spears, Jennifer Lopez, Jason Derulo, P!nk, and Prince Royce, it has the potential to be a real success.

The hate crime at Pulse June 12 catapulted the nation into the usual period of mourning and sense of helplessness that tends to follow a mass shooting here, but with the added reminder that in 2016 LGBT people deal with discrimination and violence on a devastating scale. With lyrics like "Doesn't matter/Who you love/All that matters/Is you love," "Hands" showcases solidarity with the LGBT community.

"When you hear the song it talks about hate being the driver here," GLAAD CEO Kate Ellis told Billboard. "And that's important because we have to be able to identify what's driving these cruel acts in order to stop them. Artists using their platforms to accelerate acceptance is very powerful."

That's the idea songwriter Justin Tranter had in mind when he began reaching out to celebrities to help record the single, which was released Wednesday and is available for download on iTunes. "We wanted to make sure the group was diverse in terms of genre and where people come from," he said, according to The New York Times. "This tragedy was against the LGBT community and people of color, especially the Latin community. We wanted to make sure that we were inclusive every step of the way."

All the money the song earns will be donated to Equality Florida Pulse Victims Fund, the GLBT Community Center of Central Florida, and GLAAD. Each of these organizations is undoubtedly working hard to deal with the fallout from the Pulse attack that cut short so many lives, and it's important to show them and the people they serve that so many people have nothing but love for the group most affected by the tragedy. After all, just as people are capable of almost unimaginable destruction, they're even more likely to combat hate and violence: "If a million hands can build a wall/A million hands can break it down," is a main "Hands" message.

"Hands" also features Mary J Blige, Tyler Glenn, Selena Gomez, Halsey, Ty Herndon, Imagine Dragons, Juanes, Adam Lambert, Mary Lambert, Kacey Musgraves, MNEK, Alex Newell, Nate Ruess, RuPaul, Troye Sivan, Jussie Smollett, Gwen Stefani, Meghan Trainor, and even the Trans Chorus of Los Angeles. These artists know that song may not have the ability to stop mass shootings in general or the scourge of violence against LGBT people in the United States in particular. But it can showcase support, and, in this case, aid those who are grieving, as well as working on healing both mentally and physically, in a very real way.