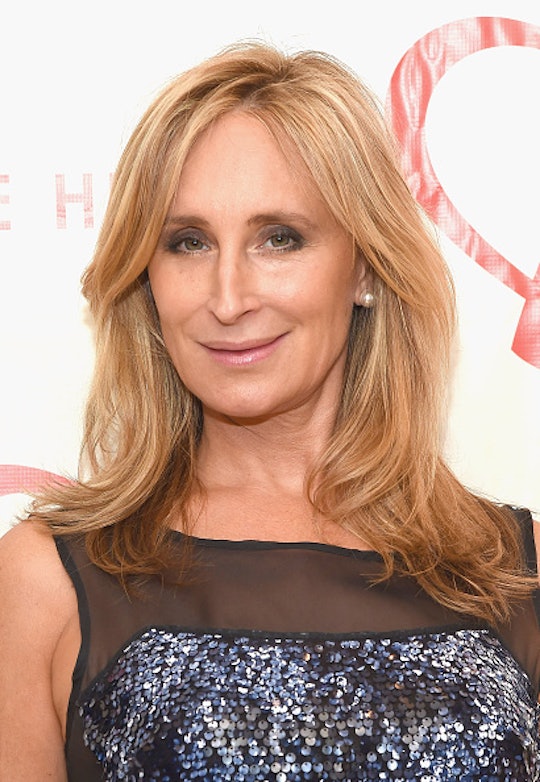 Sonja Is Excluded On 'Real Housewives Of New York,' & It's Unfair Of The Other Women

Wednesday's episode of The Real Housewives of New York finally saw the culmination of the never-ending fight between Bethenny Frankel and Luann de Lesseps. By the morning, everyone was tense, but civil, which was a vast improvement from the name-calling of the night before. The peace was not to last, however, because as soon as the women got back to New York they were reunited with Sonja Morgan, who was not invited to go to the Berkshires with everyone else. At Ramona's Christmas party, Sonja let everyone know exactly how she feels about it. Sonja is excluded on The Real Housewives of New York, and it is totally unfair.

According to Dorinda, the reason she didn't invite Sonja to her party in the Berkshires was due to her ongoing fight with Bethenny over Sonja's new prosecco brand, called Tipsy Girl. Bethenny feels that Sonja was piggybacking off of her wildly successful Skinnygirl brand, and is extremely upset by it. The last time these two women spoke, Bethenny told Sonja she wanted nothing to do with her. Perhaps it was wise for Dorinda not to invite Sonja to the Berkshires, considering how Bethenny laid into Luann, when those two had nothing like the feud going on with Sonja. But regardless, Sonja was understandably hurt by her dis-invitation, and let the other women know.

To make matters worse for Sonja, all of the other ladies seem to be urging her to back down and drop her prosecco brand for the sake of her friendship with Bethenny. While Luann insisted that Sonja promised to do so, Sonja maintained that she had promised no such thing. Though she wanted to talk to Bethenny, Bethenny got up to leave as soon as Sonja walked through the door. As Sonja tearfully got up to walk away after feeling attacked by her friends, Ramona Singer told her, "You make no sense, Sonja."

Now this is just unfair. Anyone would be hurt if they are the only one of their friends not invited to a slumber party. Does nobody honestly remember seventh grade? I don't care how old you are, that hurts. The women all criticized Sonja's decision not to chase after Bethenny when she left (though I think Sonja made the right call here), and even tried to call her out for texting all of them while they were together and she was alone.

Yes, Sonja has made some bad calls. But even Luann, who is staying in the woman's house for crying out loud, joined in on the attack. Let's all cut Sonja some slack here guys. Let her live!