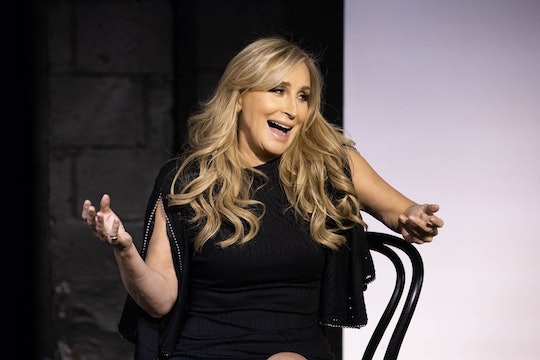 Sonja Morgan has been through the ringer on The Real Housewives of New York City, and even though she can have her ~moments~, Lady Morgan typically handles everything with a wink and a naughty joke. She's the master of poking fun at herself and lovingly teasing her friends in kind (even though that can get her into trouble, too). Sonja's best lines from RHONY prove she's the stuff of Real Housewives legends.

She may not be an OG Housewife, but Sonja joined the crew in Season 3 and even fellow castmate Bethenny Frankel remarked that there was a "OG vibe" in Cartagena last season, while sitting with Ramona Singer, Luann de Lesseps, and Sonja. It's clear that the bond with her castmates is deep — hell, she's even housed two of them through rough patches in their own lives in her palatial townhouse. But Sonja has a lot to give and she's actually more open than most to hearing criticism and considering her friends' feedback.

She's kicking off Season 11 with a huge step forward in her own life: finally moving out of the townhouse and into a small, chic apartment for one. Hopefully, this is the start of a new chapter for Sonja, but let's take a stroll down memory lane