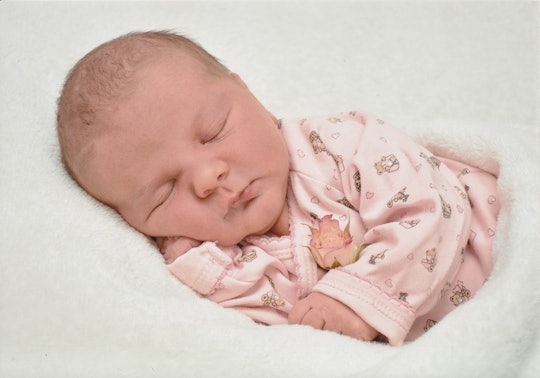 Sorry, Exhausted Parents, But There's One Thing You Should Never Do To Get A Baby To Sleep

If your baby refuses to stay asleep at night, I'm going to go ahead and assume people have offered you all sorts of advice on how to "help." While their intentions are probably pure, it's not uncommon for people to pass along outdated and even downright dangerous suggestions. So I'm sorry, all you exhausted parents out there, but there's one thing you should never do to get a baby to sleep at night. In other words, if even the most well-intentioned person tells you to put baby cereal in your little one's nighttime bottle prior to bedtime, tell them thanks, but no thanks.

There are more than a few reasons why putting baby cereal into a bottle should be avoided, according to Our Everyday Life. First of all, it's a choking hazard. Why? Well, because you'd probably have to widen the nipple of the bottle itself in order for the baby to be able to suck cereal out of the bottle. That can cause their cereal-infused milk to flow out much faster than regular milk or formula, and your baby might have trouble keeping up with how much is being to fed to them at one time, and choke.

Besides the health risks, there's also no evidence to suggest that putting cereal in a baby's bottle to help them sleep even works, according to Baby Center. In fact, there's no link between better sleep and a full stomach. Instead, parents just have to tough it out until baby's central nervous system is mature enough to make it through the night — and, of course, until they're secure enough to get through a night without needing a comforting snuggle or two from mom and/or dad.

Of course, you may hear from parents who swear putting cereal in a bottle worked like a charm, and now their child is a champion sleeper. You may also hear that some parents were expressly told by their pediatricians to try it out. That's because, in rare cases, doctors might recommend adding cereal to baby bottles to treat severe reflux. Unless you've been told to do so by a certified health care professional, however, it's probably not worth the risk.

Just like with absolutely anything involved with parenting, take the unsolicited advice and suggestions in stride, then do your own research and/or ask your child's pediatrician.