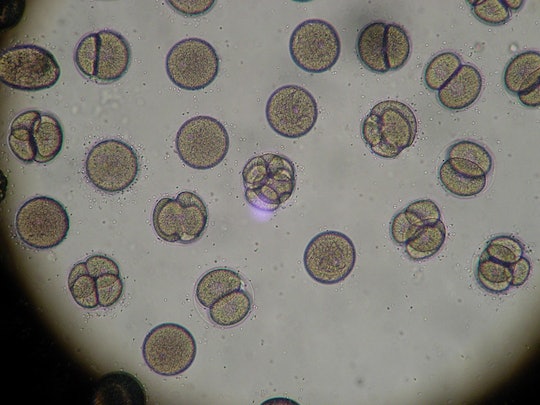 Sperm Donations In Florida Could Have Zika

Last year's outbreak of Zika virus taught scientists there's still much to understand about infectious disease. One of the hardest hit areas in the U.S., several counties in the state of Florida, were declared free of the virus in December, and the Florida Public Health Department reported that it hasn't had a case of local transmission since. But the CDC said sperm donations might be infected with Zika throughout the state — meaning many people, especially women, could still be at risk.

Zika virus made headlines last year all over the world, but in the United States, it became widely associated with several counties in Florida where it ran rampant. While the virus is predominantly transmitted via mosquito bite, scientists figured out that it can also be spread person-to-person, according to the CDC. What brought Zika to the attention of a lot of people was the fact that it can be transmitted from a pregnant woman to the fetus she's carrying and cause a slew of complications: everything from miscarriage to a condition called microcephaly, which may lead to neurological defects. Pregnant women were advised to avoid traveling to areas with local Zika transmission, and everyone was reminded about the importance of having safe, protected sex.

Along those same lines of thought, the CDC's continued research has now resulted in another wave of precautionary measures to do with a previously unconsidered mode of transmission: sperm donation. The CDC has been able to screen blood donations for potential Zika contamination, which it has been doing since the outbreak began. Sperm donation, however, presents something of a challenge.

The CDC estimated that around 80 percent of people infected with Zika don't show symptoms, but they can still spread the disease. Zika virus can stay in sperm for at least three months after infection, according to the CDC's assessment. In three counties in Florida — Miami-Dade, Broward, and Palm Beach — the CDC believed that sperm donations made since June 15 could potentially be infected, according to the Associated Press. The problem is, although researchers are developing a way to screen sperm samples for the virus, the test isn't ready yet.

Since sperm donation is sought out with the intention of pregnancy, an infected sperm sample presents a direct route to one of the more frightening Zika virus scenarios: pregnant women who have been exposed without realizing it. In an official statement released Monday, the CDC "encourages women and their partners, in consultation with their healthcare providers, to consider this potential risk when trying to conceive."

The recommendation by the CDC for women in those three Florida counties is to exercise extra caution when selecting a sperm donation site; this could mean waiting until the CDC has given the all-clear, or, going to another part of the state for sperm donation in the meantime.