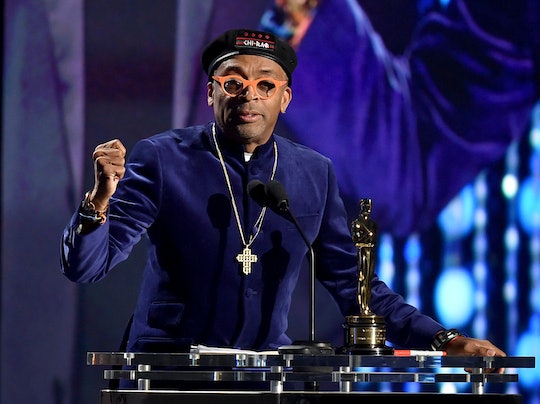 The Academy is in trouble. The New York Daily News reported Monday that Spike Lee and Jada Pinkett Smith would boycott the Oscars. Their decision not to attend stems from the lack of diversity among this year's nominees, which many have taken to Twitter to criticize with the hashtag #OscarsSoWhite.

According to the Daily News, Lee wrote that he would not attend the Oscars in an Instagram post. He thanked the Academy for his recent honorary Oscar but went on to explain why he won't be at the ceremony:

How Is It Possible For The 2nd Consecutive Year All 20 Contenders Under The Actor Category Are White? And Let's Not Even Get Into The Other Branches. 40 White Actors In 2 Years And No Flava At All. We Can't Act?! WTF!!

On Facebook, Jada Pinkett Smith said she won't attend the Oscars either. The New York Daily News reported that the nominations hit home for her: despite husband Will Smith's critically-acclaimed performance in Concussion, he didn't get his name on the ballot for Best Actor. In her video, Pinkett Smith discussed her reaction to the controversial list of nominees:

Here's what I do know: Begging for acknowledgement, or even asking, diminishes dignity and diminishes power, and we are a dignified people and we are powerful, and let’s not forget it.

Pinkett Smith said people of color aren't nominated or recognized for their abilities enough, according to USA Today:

At the Oscars...people of color are always welcomed to give out awards...even entertain, but we are rarely recognized for our artistic accomplishments. Should people of color refrain from participating all together? People can only treat us in the way in which we allow.

And other celebrities have take to social media to express their dissatisfaction with the Oscar's pattern of dismissing actors of color.. The host of the ceremony, Chris Rock, mentioned the controversy in a tweet sharing a promo for the Oscars:

Many other celebrities and journalists added their voices to the backlash on social media:

The disappointment comes after the Academy announced a similarly homogenous group of nominees last year. According to the Los Angeles Times, all acting nominees were also white in 2015. It suggests a move in the wrong direction, not just stagnation: 2015's all-white acting ballot happened "for only the second time since 1998."

This year, the Academy made the mistake a third time. When major films celebrating African American characters and culture are snubbed, it's reassuring to see that both famous artists and non-celebrities are standing up against the Academy's preference for movies with white actors. If audiences convince the Academy to support projects that celebrate diversity, they may be able to look forward to a better year in 2017.