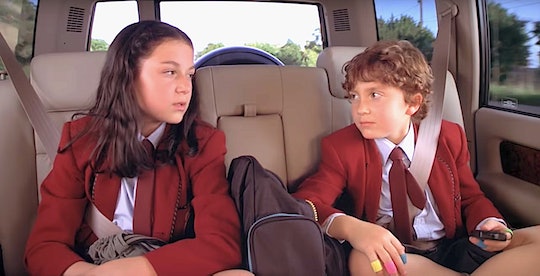 Many a childhood dream of joining the CIA was shaped by scenes of Alexa Vega and Daryl Sabara swooping in to save their on-screen parents from danger. And younger generations also deserve the chance to live vicariously through these resourceful youngsters and experience all the mischief and mayhem. But don't delay because Spy Kids is leaving Netflix in April 2020, so hurry up and share this gem with your kids while you still can.

For those not in the know, the first installment in the 2001 Spy Kids saga follows the Cortez siblings as they discover the truth about their retired spy parents and embark on an adventure of their own to save "The Spies Who Fell In Love" (aka mom and dad) when they are captured after messing up their first mission in years. If the thrilling plot line isn't enough to get you hooked, the gadgets alone are enough to captivate the hearts and minds of the whole family.

Quite a few family titles are leaving Netflix this April, including Big Fat Liar, National Treasure, A Cinderella Story, and A Little Princess. Spy Kids, too, is set to roll out with the lot. The last day to watch Spy Kids on Netflix will be April 30, 2020. With a PG rating, the adventures of the Cortez kids make for the perfect action-packed family film.

The good news is for all the content departing Netflix in April, more is on its way. While there isn't a whole lot of children's content coming to Netflix in April, Despicable Me will be available as of April 16, so that's something.

Fortunately, as many families spending more time at home due to concerns over COVID-19, there's plenty of time for family movie nights. Be sure to include Spy Kids in the lineup before it's gone from Netflix. And if you can't squeeze it in — because there are a lot of classics that kids these days need to watch — there are other options for watching Spy Kids, like ordering it on Amazon where you can find all four films available to rent.