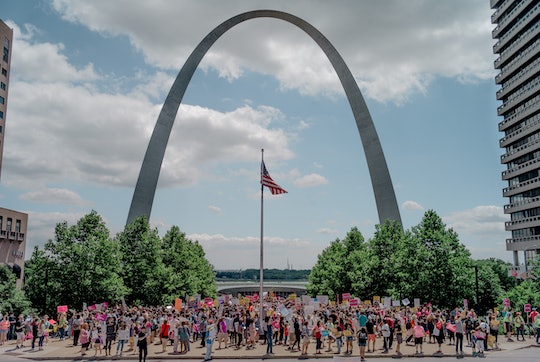 Abortion bans are sweeping the nation, limiting access to services for women that are in need. It can be seen in states like Alabama, Georgia, Louisiana and more, where women have to jump through hoops just to obtain necessary healthcare. But one state is calling a victory, thanks to a surprising court ruling. In an unprecedented turn of events, St. Louis Planned Parenthood is allowed to perform abortions despite the state's license denial.

Planned Parenthood St. Louis, the only abortion clinic in Missouri, can now stay open despite the refusal by the state's health department to renew their license. The preliminary injunction that allowed Planned Parenthood to remain open while seeking a license renewal was upheld and extended, according to CNN.

During the week, an administrative panel will review the dispute between the clinic and the Department of Health and Senior Services.

So why the denial besides sending a message to pro-choice activists? Randall Williams, director of the DHSS, said that the department found 30 deficiencies during the latest review of the clinic and Planned Parenthood had only responded to two, according to ABC News.

While he was not specific on all the counts, he said that one involved failed abortions and women needing additional procedures to end the pregnancy.

But the injunction only lasts until Friday at 5p.m., which sets the stage for a huge battle between right to choose and pro-life ideologies in Missouri, according to CBS News. According to The American Civil Liberties Union, six states have only one abortion clinic, which makes this battle even more important.

If the license is not renewed, Missouri would then be the only state without an abortion clinic in over 50 years, according to CNN. Talk about a step back in time.

“The terrifying reality is that access is hanging on by a thread with a narrowing timeline," Dr. Colleen McNicholas, an OB-GYN at Planned Parenthood of the St. Louis Region said, according to The Hill.

But there is hope for those living in states where there is limited access to clinics and harsh restrictions on obtaining services.

Luckily, there is an abortion clinic just ten miles outside of St. Loius in a small suburb of Illionis, a state that is known to protect a woman's right to choose, according to Newsweek.

Last week, New York City announced that it would be allocating $250,000 towards abortion services, making them the first state to use public funds specifically for abortions, according to the New York Times. The money will go directly to New York Abortion Access Fund that helps women who don't have health insurance or medicare, can't afford the procedure, or don't have access to abortion services in their home states.

Abortion is more common that most people think, according to the Guttermacher Institute. One in four women will have an abortion by the age of 45. So, wouldn't it be nice for them to have a safe and legal place to go? Well, it depends where you live.

In 2019 alone, twelve states have passed restrictive legislation banning or hindering access abortions, according to Reuters.

As it stands, Missouri will no longer allow abortions past the eight week mark, with no exclusions for incest or rape, according to Vox. Exceptions will only be made if the mother is in grave danger of death or bodily harm. These new restrictions will go into affect in August.

Abortion is a completely polarizing topic. Conservative states are taking advantage of a conservative Supreme Court and White House to move towards an all out attack on Roe vs. Wade. Here's hoping pro-choice states continue to be a beacon of acceptance for those looking to find safe and affordable services.