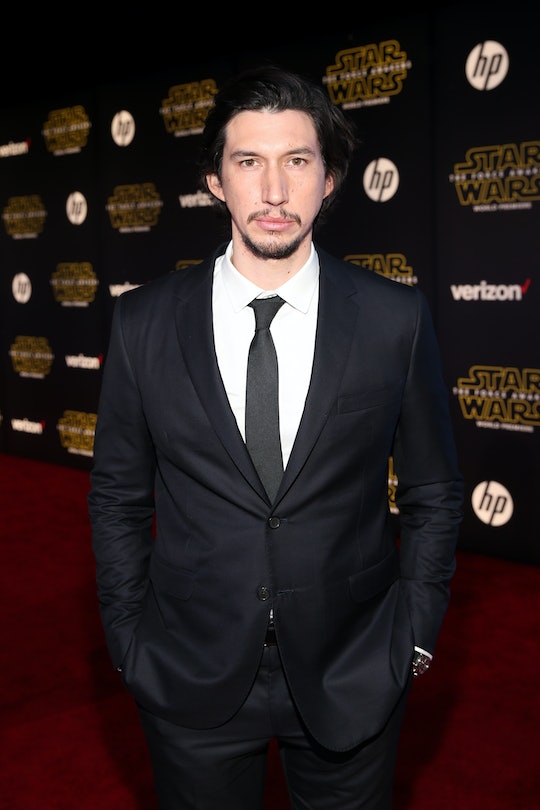 'Star Wars: The Force Awakens' Adam Driver To Host 'SNL,' And The Funny Will Be With Him

Talk about a great week for fans of a certain geeky franchise. The same weekend that he earned rave reviews for his role in Star Wars: The Force Awakens, we learn that Adam Driver will host Saturday Night Live on Jan. 16. It's a big win for the actor, who was previously best known for his work on HBO's Girls — a rite of passage for any actor rapidly gaining steam in the industry.

And, boy, is Girls star Driver gaining steam. The actor is now a member of the Star Wars canon, having played Kylo Ren in The Force Awakens, which made $120.5 million in its first day. That's right — in its first day. That means more people have watched Driver's star power rise in one day than those who bought tickets for opening day of Harry Potter and the Deathly Hallows — Part 2. (That film previously held the one-day record, with $91 million.)

But, of course, will Driver be funny enough for Saturday Night Live? I mean, of course. This is a guy who has brought both the laughs (and the drama) on Girls — and you don't get three Emmy nominations from your work in a comedy without being able to draw some laughs. But, beyond that, he brings plenty of material along with him, having starred in the biggest film of the year. And Saturday Night Live proved decades ago that it knows how to handle Star Wars humor with Bill Murray's Nick The Lounge Singer.

So, yeah, the comedy will be just as with Driver as the force. And now Star Wars: The Force Awakens fans have more to look forward to than just the next chapter.