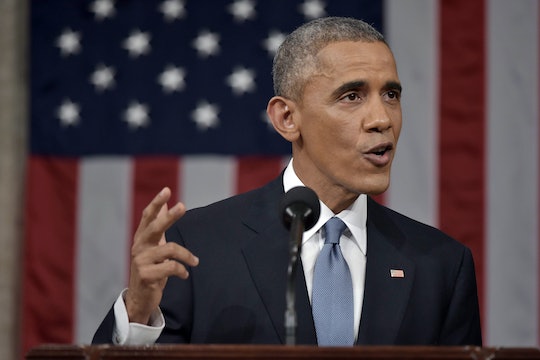 One could argue that the internet knew it would never have the opportunity to commemorate a Barack Obama State of the Union again, and felt it necessary to solidify this date, his presidency and this speech, in meme form, forevermore. From hilarious Obama photoshop edits to uncomfortable truthisms and Paul Ryan jokes, the internet was in its best form, quick to turn hilarious, poignant and applause-worthy moments into shareable memes, letting the American public re-live the President's final SOTU. Despite a wave of heavy criticism from his Republican counterparts, Obama was easily winning the evening in terms of social media hits (even if not all of them were exactly friendly).

Here are just some of the best, most hilarious (and sometimes emotional) memes from tonight's State of the Union address.