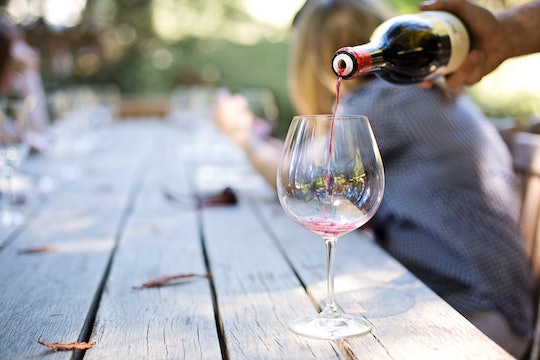 Over the last four decades, the number of states with laws regulating alcohol use during pregnancy increased 40-fold, from 1 in 1974 to 43 in 2013. These policies, typically, are intended to curb alcohol-related public health harms. Instead, some of these alcohol laws prove states want to control, rather than help, pregnant women.

A new study published Wednesday in Alcohol And Alcoholism found that states with punitive laws, which seek punishments, around alcohol and pregnancy are also more likely to pass restrictions of reproductive rights. Conversely, researchers from Advancing New Standards In Reproductive Health (ANSIRH) discovered that states with supportive policies that use education and treatment to reduce alcohol consumption among pregnant people found no association to efforts to limit reproductive rights.

Study author Sarah Roberts, associate professor of Obstetrics, Gynecology, and Reproductive Sciences at ANSIRH, based in the University of California-San Francisco, said of the study in a press release,

As with any laws related to alcohol use, we must understand what these policies actually do to reduce harms from alcohol consumption during pregnancy. People who want to reduce harms due to the consumption of alcohol by pregnant women should be concerned that policymaking in this area appears to be more about restricting women’s reproductive autonomy than addressing the issue itself.

For the study, ANSIRH researchers examined laws dictating alcohol use during pregnancy from 1970 to 2013, as well as reproductive rights policies across the country, according to Refinery29. What they've found is that, not only did the number of laws increase over time, but so did the severity. At the same time, those same states pushed through harsh policies stripping people of their abortion rights and general reproductive rights.

R29 pointed out three states that exemplify this correlation: Oklahoma, South Dakota, and Wisconsin. All these states have policies punishing people who drink during pregnancy. And all of these states ban abortion after 20 weeks, as well as force people seeking abortions to sit through a mandatory counseling and waiting period, which greatly reduces women's access to abortion rather than dissuading them from getting an abortion at all.

Generally, doctors advise against drinking during pregnancy, according to HuffPost. Although anecdotal evidence shows that an occasional glass of wine won't harm a fetus, there is enough that is still unknown about the effects of alcohol that it's best to abstain from drinking during pregnancy. But laws that punish people for drinking — in which they're civilly committed, reported to law enforcement, and/or have their children taken away by child services — haven't shown to be effective. In fact, according to Slate, research has shown that pregnant people living with alcohol or substance abuse disorders avoid seeking help because of these exact laws.

Although more research is needed into the correlation, the Alcohol And Alcoholism study at least sheds light on the different ways anti-choice states will try and control people and their reproductive choices.