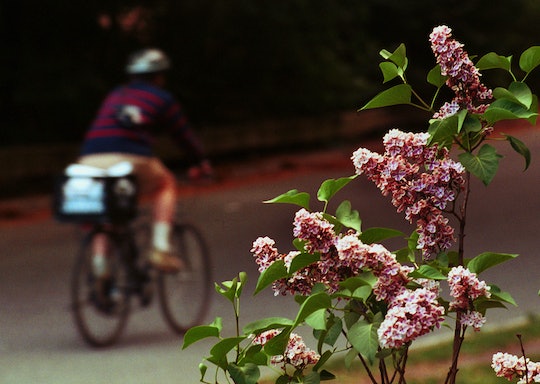 Stats On The Most Common Allergies Among Kids

Spring allergy season is here, which means you and your family are probably holding on to that box of Kleenex for dear life. I know for me and my partner, we're moving slower than slugs because allergy season in Central Texas is no joke. Our son is a bouncing ball of joy, although fresh cut grass makes his eyes puff. He hasn't exhibited signs of any other allergies, but with these stats on the most common allergies among kids, and my own personal history, I at least know what to watch out for.

Seasonal allergies — also known as hay fever or allergic rhinitis — are relatively new for me, but I've always suffered from food and drug sensitivities. I can't take penicillin in any capacity nor can I eat peanuts. Wine and grapes also make me sick. And when I was younger, I was allergic to shellfish, though I've had crab without incident since then. So because allergies have the tendency to be hereditary, I don't have faith that my son will grow up allergy-free.

Granted, I could be surprised. My son could be one of the lucky ones. But, according to KidsHealth, up to 50 million adults and children in the United States have allergies. I should probably stockpile tissues and Benadryl.

Hay fever is also an incredibly common allergy among children and adults. According to the American Academy of Allergy, Asthma & Immunology (AAAI), between 10 and 30 percent of the worldwide population are affected by hay fever. Particularly, more than six million kids and more than 17 million adults had hay fever in 2012, AAAI reported.

That same year, nearly nine million reported having skin allergies — such as skin inflammation, eczema, hives, chronic hives, and contact allergies — according to AAFA. Skin allergies are most likely in children age 4 and younger. Poison ivy, poison oak, and poison sumac are the most common causes of skin reactions, though certain insects, drugs, dust mites, foods, or latex can cause those symptoms, the organization reported.

There's also a likely chance that my son may also develop a penicillin allergy. My immune system first reacted poorly to penicillin when I was a child, so I've lived the majority of my life taking alternative antibiotics. But my sisters didn't develop their penicillin allergies until adulthood. We're part of the 10 percent of people who report being allergic to penicillin, according to AAFA. I wouldn't be surprised if my son joined us.

For some kids, it may take some time for allergies to develop. In others, allergic reactions may begin as young as infancy. No matter where your child falls on the spectrum, it's always important to pay attention to the signs and symptoms of allergies.