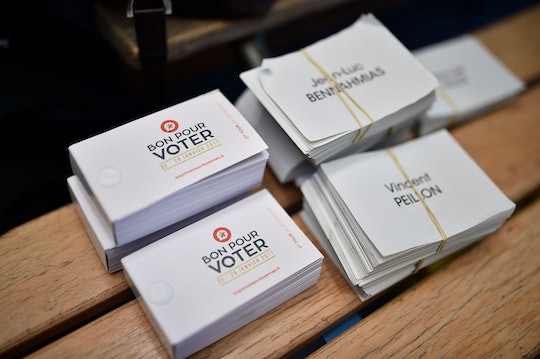 In the months leading up to the 2016 presidential election, when polls showed a clear lead for Secretary of State Hillary Clinton, now-President Donald Trump preemptively struck back by claiming that rampant voter fraud would be responsible for her expected win. He quieted down once he eventually won the election, but in response to the news that Clinton still won the popular vote by nearly 3 million votes, he's doubled down on his assertion. But the stats on voter fraud prove that his claims are completely false; voter fraud is a myth, and moreover, any improprieties in regards to voting disproportionately favor Republicans, not Democrats.

Trump is a man obsessed with popularity, as evidenced by the fact that after his election, he continued to campaign for himself by going on a national "thank you tour." His inaugural address (during which he perhaps inadvertently paraphrased a Batman villain) was also little more than a rehash of his campaign speeches. In the early days of his presidency, a source told CBS News that he stocked an audience with plants to cheer for him, and he and his Press Secretary, Sean Spicer, have repeatedly lied about the size of the crowd at his inauguration, despite photographic evidence that proves them wrong. Romper's request for comment on these matters was not immediately returned.

His latest claim that millions of illegal votes were to blame for his loss of the popular vote is completely without merit, as well. The notions that undocumented people voted, or that people cast votes in the names of dead people, have be proven time and again to be false. And as for people casting multiple votes, that only happened twice in the last election, and both people – a woman from Iowa and a man from Texas – voted for Trump. In fact, the Interstate Voter Registration Crosscheck Program meant to prevent double votes has been found to be completely unreliable, and according to Rolling Stone, it disproportionately affects young people and people of color (who statistically vote Democrat), preventing tens of thousands of legitimate votes in each state that uses it.

When Trump claimed that "people that have died 10 years ago are still voting," he cited a Pew Charitable Trust report showing that 1.8 million deceased people remain on voter registries, but neglected to mention that there is no evidence that any votes were ever cast in their names. According to Factcheck,org, the vast majority of those registrations are due to clerical errors, and no fraudulent votes ever occurred as a result. Trump also cited a 2014 Washington Post report that alleged that undocumented immigrants had somehow managed to register to vote in the 2008 and 2010 elections, but according to the managers of the database on which the report was based, the authors completely misrepresented the data, and no instances of non-citizens voting was ever actually found. Trump can request as many investigations he likes, but they'll only continue to prove that he's the most unpopular president of modern times.