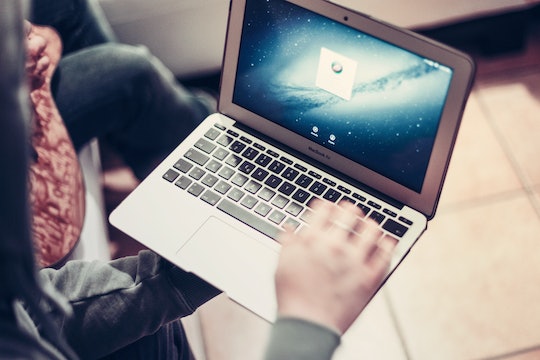 Stats That Support The Electronics Ban On Flights

President Donald Trump and the Department of Homeland Security announced Tuesday that they had put a new policy in place that would restrict what people traveling to the U.S. could bring with them on flights. For passengers boarding flights on foreign airlines, from several Muslim-majority countries, the ban on these items went into effect 3 a.m. Tuesday morning. While the implication is that the ban is meant to be preventative against possible terrorist attacks, where are the stats that support the electronics ban on these flights? The numbers don't add up.

Passengers traveling to the U.S. on foreign airlines from Amman, Jordan; Cairo; Istanbul; Jeddah and Riyadh in Saudi Arabia; Kuwait City; Casablanca, Morocco; Doha, Qatar; and Dubai and Abu Dhabi in the United Arab Emirates will no longer be allowed to bring tablets or laptops on board with them, according to The New York Times. Trump's new policy states explicitly that those aboard these flights — excluding the airline staff — can't bring any electronic devices larger than a cell phone on board with them. This ban would also includes items such as cameras and e-readers like the Kindle as well, according to The Guardian. The ban does, however, exclude medical devices.

Thus far, bans such as this that have been issued by the U.S. government have justified them as further attempts to "crack down" on terrorism from foreign factions — specifically those from within the Middle East. But what exactly that justification is founded upon other than anecdotal evidence remains unclear: the data that exists worldwide on terrorism doesn't exactly position the U.S. as a major target. According to research by the Heritage Foundation, in the last 50 years or so, just 7.8 percent of terrorist attacks in the world were directed against the U.S.

Beyond that, the most recent data from the U.S. State Department reported that the total number of terrorist attacks worldwide in 2015 had actually decreased by 13 percent, and the total number of deaths were down 14 percent compared to the previous year. Five countries (Iraq, Afghanistan, Pakistan, India, and Nigeria) accounted for more than half of all terrorist attacks in 2015 (meaning, the attacks occurred in those countries), according to the State Department's report. The Taliban claimed responsibility for most terrorist acts in 2015, followed by ISIS. Both are radicalized, fundamentalist political movements that account for a very small percentage of the Muslim community — and in fact, Muslims all over the world have denounced the practices of these organizations, according to Pew Research.

It's also worth pointing out that the Federal Bureau of Investigation (FBI)'s annual reports on terrorism from 1980 to 2005 indicate that terror attacks by Islamic extremists against the U.S. only made up 6 percent.

When it comes to the types of attacks — such as plane hijackings and the use of technology-based explosives — the facts and figures are similar: according to data from the Global Terrorism Database, since 9/11 there have only been four incidents at airports on U.S. soil that involved either the discovery of an explosive device or a hijacking, and radical terrorist groups who said they were Muslim only claimed responsibility for one of those incidents. The would-be suicide bomber on that flight — a member of Al Qaeda — had boarded the U.S.-bound flight in The Netherlands, according to the Global Terrorism Database.

The State Department's terrorism report from 2015 showed that worldwide, attacks on airplanes and airports had gone done 60 percent from previous years. In fact, based on that data, journalists and the media were more likely to be targeted than airlines.

As for the use of devices like laptops and tablets, bombs and other explosive devices are the most commonly utilized weapon by terrorist organizations, according to the National Center for Counterterrorism. Many of these devices are made in pieces from a lot of different things that are easy to come by — pressure cookers are fairly common components. These types of bombs are often referred to as "improvised explosive devices," or IEDs, and they are often designed to be detonated remotely. One of the most familiar examples of this type of bomb for Americans would be those used in the Boston Marathon Bombing in 2013. The IEDs in that terror attack were detonated remotely using cell phones, according to Scientific American.

The reason that cell phones are often used for this type of attack is that one can be placed in the bomb itself, between the positive and negative circuits. When the terrorist calls that phone, the vibration of the ringer signals the detonation of the bomb by connecting those two circuits, according to AJ Clark, a former military intelligence analyst who explained the process to Scientific American shortly after the Boston Marathon Bombing.

Clark also pointed out that, when IEDs like this are discovered, jamming the cell service signal in the immediate vicinity can sometimes prevent them from being detonated, since the call won't be able to go through. The military attempts to "jam" cell service in areas where they suspect IEDs to be.

In-flight, however, cell phones typically don't have service. Even if they did, they weren't included in Trump's electronics ban. Statistically speaking, IEDs built or otherwise hidden in laptop computers, tablets, or other devices that are included in the ban are not at all common — but there is at least one recent case that may have served to inspire the ban. Last month, a bomb concealed in a laptop detonated on a flight from Somalia, according to CNN, having managed to get through security undetected. Investigators also suspected, based on security footage, that individuals near the security x-ray may have been involved in the plot, which allowed the bomb to get through security in the first place, according to the BBC.

While terrorism is no doubt at crisis levels throughout many countries in the Middle East, terrorism in the western world is, according to statistics anyway, is being perpetrated by very different forces. According to the Institute of Economics and Peace's 2015 Global Terrorism Index, "lone wolf" attacks account for 80 percent of terror attacks in western countries, which includes the U.S. The motivations for these terrorists are most often linked to right-wing extremism, nationalism, supremacy, anti-government and political extremism, according to the report. And even in attacks where "Islamic extremism" was cited as motive, in the cases of lone-wolf terrorists, they were merely inspired by the ideology, and the terrorist groups themselves were in no way involved in the attacks.

According to IEP's report, since 2006 there have been 37 incidents of lone wolf terrorism motivated by political reasons, 27 attacks by racial and religious supremacists, 25 attacks by Islamic fundamentalists in western countries. More than half of the politically-motivated attacks occurred in the U.S., making many ask just who Trump's electronics ban targets or attempts to prevent from committing crimes.