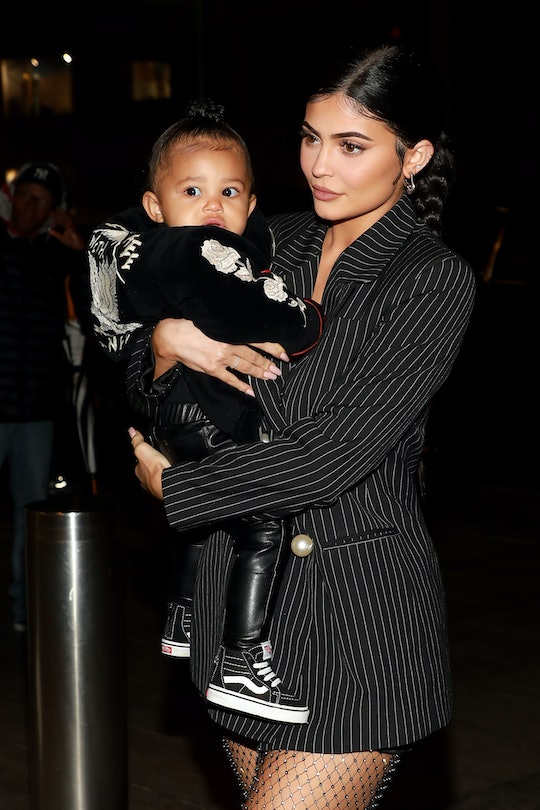 Have you ever tried to talk to your kid while they were bopping along to a jam like "Into The Unknown" with Elsa? Well, Kylie Jenner did recently and her 2-year-old daughter Stormi promptly shushed her while watching Frozen 2.

On Tuesday, Jenner shared in a series of hilarious videos on her Instagram Story that she had tried to get her daughter's attention while the two were watching Frozen 2 to — gasp — tell her she loves her.

"I was shocked!" Jenner said. "She's never done that before."

Stormi, on the other hand, could care less about offending her mother. In the videos, the little girl carries on with her very important Frozen 2 viewing with a pacifier in her mouth. "She obviously really loves this movie," Jenner said as Stormi kicked her in the face.

Stormi's obsession with Frozen is well documented, so it's not all that surprising that she took movie time with mom seriously. Most recently, the little girl had a "Frozen World" at her "Stormi World" themed second birthday party. Guests got to hang out with life-sized versions of the characters from the film, make their own snow globes, and sit on furniture that had been carved out of ice.

Jenner may have been a little offended by Stormi telling her to zip it as they watched Frozen 2, which is now available on digital download, she may just have to let it go.