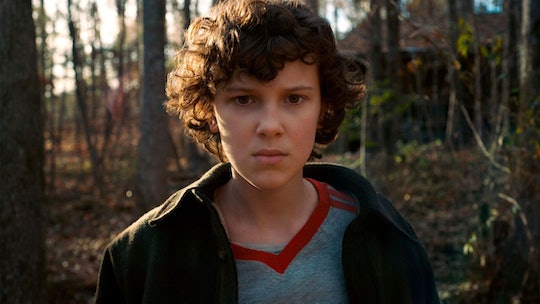 The time between the seasons of your favorite show is one that will forever keep you on your toes. Between teasers, trailers, and every other hint about what's waiting on the other side of premiere day, there's a lot to get excited about. And today, the first Stranger Things Season 3 teaser came out, and it's an ominous look at what's to come.

The last time we left Hawkins, Indiana, the plot seemed to swell and conclude at the Snow Ball, with couples swaying to the music, and an idyllic pan out showing the kids innocently enjoying the evening. It would have been too simple, though, and not left us with any setup for what's next. In the very last shot, the camera seems to turn, the view goes dark, and it's clear that if the kids aren't already in the Upside Down, it's a reality that is still very much a present threat.

With that sort of doom and gloom setup, one can only assume that the cast will be fighting pollywogs and demodogs once again, though of course, it's not clear exactly how the Upside Down will infiltrate current reality at this time.

But the teaser does offer a hint that it will be something pretty massive, as the entire thing is a silent clip of rats running in the same direction. On Twitter, the show's official account captioned the video, "It's almost feeding time."

As for what else we can anticipate from Will and the gang, producer Shawn Levy told Glamour that the next season they'll be "giving Will a break... He’ll be dealing with stuff, but he won’t be at rock bottom the way we forced the amazing Noah Schnapp to play."

Of course, after battling the Shadow Monster one would assume Dustin or Hopper might be next in line to suffer the consequences. "You might assume that," Levy teased, according to Glamour, "but you would probably end up being wrong. We're [going to be] dealing with forces of evil that are new."

However, we might not have that much longer to see the plot conclude. In another interview with TV Line, David Harbour said that he had heard that the Duffer brothers (the show's creators) wanted to end it at Season 4. "I will say that I do feel like I would see it run for five seasons," he added, before continuing to note that they did not want it to be dragged on past its natural end. "I do know that there's an end to the story. And I know that there's an end for all of these characters."

However, the cast isn't too eager to say goodbye too quickly, though. After one of Millie Bobby Brown's Instagram posts went viral as she was seemingly saying goodbye to the set, she told Stephen Colbert she was referencing "the last day of the season, not the show,” she said. “I’m just a very emotional person. When it comes to my closest people, like, I’m not good at goodbyes. Everyone knows that… it gives me serious sadness and anxiety.”

Though it's probably safe to say that nobody is excited to say goodbye to the show as a whole, it's clear that there's a ton waiting for us in the upcoming season, and today's teaser is just another step toward it.