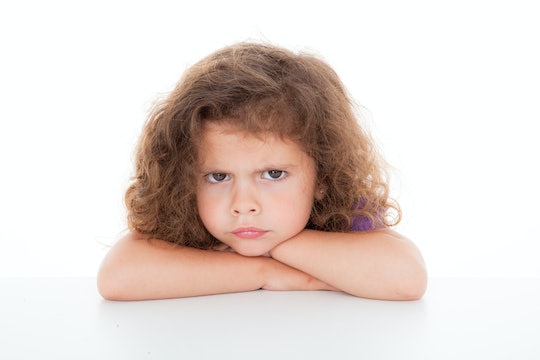 Being stubborn isn't exactly what some people would call a positive trait — especially when you're the parent to one very stubborn kid. From watching them refuse to get up from watching the TV, to having them refuse to eat their vegetables, being a parent to a picky and stubborn child can be a little tough. But the good news is, a new study has found that stubborn people live longer and it's enough to make you appreciate those quirks.

Believe it or not but stubbornness can be a positive thing, according to a new study conducted by researchers in Italy. The study, published in in the journal, International Psychogeriatrics, this month observed people who lived past 90 years old in remote Italian villages and found that they had one thing in common — they were all stubborn. The researchers not only interviewed these elderly people about their traits and surveyed them on their ideas about the world around them, but they interviewed their younger family members about their personality traits, too. What the study was able to find, according to Good Housekeeping, was that those who lived past the age of 90 all were stubborn, resilient, adaptable, and positive. The combination of these things were a balance of negative and positive traits.

This is good news if you thought your kid (or partner) is a little too stubborn and resistant to listening to directions or following instructions. While it might be a little infuriating (for you), think of this stubbornness as being good for their health.

Dr. Dilip Jeste, senior associate dean for the Center of Healthy Aging at the UC San Diego School of Medicine and senior author on the study explained to Time why these traits were so common amongst the elderly who lived so long:

This is not to say that younger generations can't have these traits because they haven't been through these things. But this study proves that our unique experiences and even hardships can cause people to flourish. Jeste told Time that this study doesn't mean people should change their personality, either — but this proves personality is important to a person's wellbeing. "But this shows that there are certain attributes that are very important, including resilience, strong social support and engagement, and having confidence in yourself," Jeste said.

While stubbornness wasn't the only trait these people had in common, it might be the one that people have the biggest problem with. Sometimes it seems like, according to Parenting, that some kids are born stubborn, throwing fits from a very early age just because they can. But for determined parents, there are plenty of ways they can curb or control this personality trait in their kids.

But parents might not want to get rid of their child's stubbornness — not only because this study proves that it might be the key to longevity but previous studies have found that being defiant can be beneficial at the end of the day. One 2015 study found that children who broke the rules or defied their parents were more likely to become "educational over-achievers and high-earning adults." The study also found, according to Washington Post, that these kids were more likely to become entrepreneurs because they were "self-motivated and inner-directed." So this means they'll live longer and make more money than their counterparts? That doesn't sound too awful after all.

So this study doesn't mean that having certain personality traits will guarantee that you live longer. But what it does prove is that some less than favorable personality traits certainly have their perks, especially for particularly frustrated parents and their very defiant kids.

More Like This
New Barney Docuseries Will Dive Into The Dark Side Of The Beloved '90s Kids' Show
What Parents Need To Know After DEA Issues Warning About "Rainbow Fentanyl"
You Can Stay At A ‘Hocus Pocus’ House On Airbnb — And It’s In Salem!
Every State’s Favorite Halloween Movie For Kids In 2022